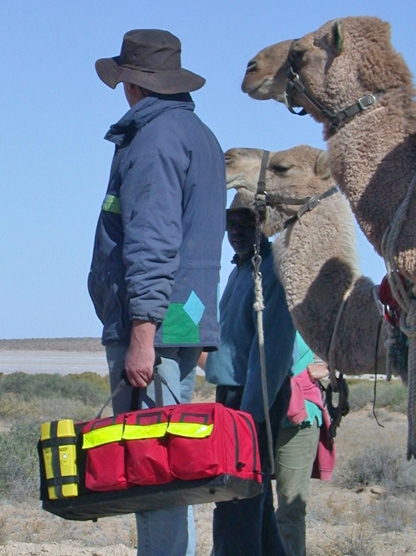 David’s story is an example of the unpredictability with which injuries in the bush occur, and the flexibility and readiness that characterises rural doctors’ responses to these occurrences. It also sheds light on the important role of service providers such as the Royal Flying Doctor Service (RFDS) in responding to emergencies in the bush.

Pete is a farmer, cameleer, bushman, truck driver, horse trainer, guitarist, bush mechanic, welder, etc etc, and one of those competent people you can rely on in just about any situation in rural Australia.

As a counterpoint to the minute-to-minute demands of rural practice, Jane and I have, for the past 18 years, taken a few weeks off in winter to travel to the desert in the far north of South Australia to join a camel trek with Pete and other cameleers from Coward Springs on the Oodnadatta Track.

In most years, this included the Marree Camel Cup, with Pete and the other cameleers entering some of their camels in the event. Several years ago we arrived just in time to watch the Cup. Pete’s camel DishDash won with his daughter Grace in the saddle, and they were interviewed by an ABC film crew who were reporting the event.

Camel racing can be exciting and hilarious, and involves as few regulations as possible. A line is drawn in the dust, the camels are all urged to sit down (‘hoosh’), the jockeys hop on, and the starter fires the starting gun before too many of the camels have jumped up or raced off in the opposite direction—a bit of frantic chaos requiring nimble-footed handlers and well-balanced riders. 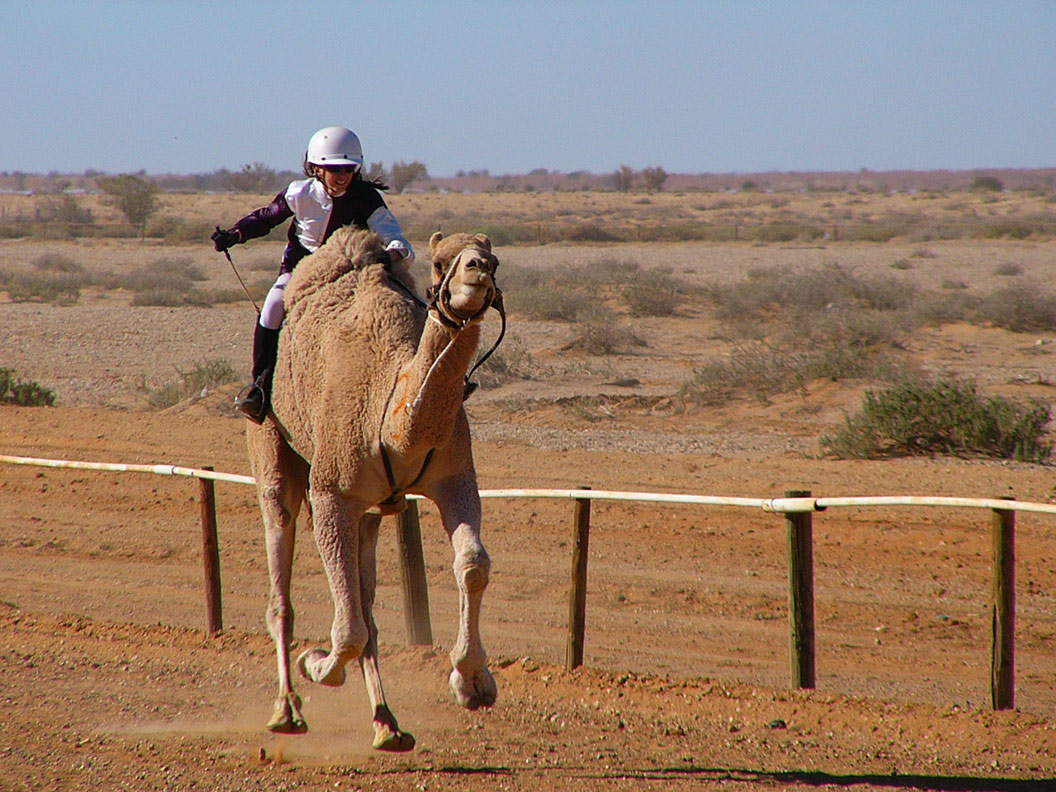 Camels are very large animals with large heads. When ill-tempered or anxious, they can bite, spit, rear, or kick with any leg in any direction. Even when kneeling down at the start of a race, their powerful neck muscles can swing their head with amazing speed and force.

In one of the earlier races, Pete had been the starting handler for one of his less relaxed camels, Osama. As Pete discovered, the jaw of a camel connecting in this way with the human zygoma can wreak havoc. One of the nearby attendants reported Pete being lifted off his feet and flung horizontally into the adjacent camel.

Dazedly, Pete had got to his feet and released Osama down the track as the starter fired his gun, and then continued to prepare his other camels for the remainder of the afternoon, culminating in his success in the Cup.

After his ABC interview, we approached to congratulate him on his success, and the sunken cheekbone was immediately obvious to us. Double vision, facial numbness, and the small cut under his eye (to which a band-aid had been applied) all pointed to a significant zygomatic fracture.

At that stage of the day, Pete didn’t take much convincing that he needed expert medical attention. With help from the Marree bush nurse, I contacted the RFDS in Port Augusta, and the doctor on duty happened to be a colleague I had trained with at Adelaide University. A plane was dispatched, and we farewelled Pete at the Marree airstrip on his way to the Royal Adelaide Hospital (RAH).

Meanwhile, the ABC crew had forwarded their film clip in time for the 7 pm TV News in Adelaide, including their interview with Pete. It was unsurprising then that, as Pete was delivered into the hands of the Craniofacial Unit at the RAH, he was greeted by the Consultant declaring “We’ve been wondering when you’d arrive …we saw you on the ABC News this evening!”