Young doctors in race to ‘save lives’ at Rottnest

The beaches and tourist hotspots of Western Australia’s Rottnest Island were the backdrop for a series of medical emergencies during Rural Health West’s inaugural Rotto Ramble event. Fortunately, they were only simulated emergencies and 30 junior doctors and medical students were on hand to ensure the ‘casualties’ received the best treatment possible.

Rural Health West hosted the unique medical wilderness challenge for tomorrow’s doctors to help them think ‘outside the square’ when faced with emergency situations in non-hospital settings.

The two-day event saw six teams of junior doctors and medical students performing a range of simulated emergency scenarios around the island as they raced to the finish. Participants didn’t know what medical emergency was coming, or when, but they had to be ready to swing into action, work as a team and ‘save lives’.

Rural Health West General Manager Workforce, Kelli Porter said Rotto Ramble was designed to expose medical students and junior doctors to some of the challenges that doctors may face while working in rural and remote locations.

“Rotto Ramble was a unique way to give our future doctors a taste of emergency wilderness medicine and to get them thinking about rural medicine as a possible career path. We know that early rural exposure plays a big role in attracting new doctors to the bush, but many junior doctors are concerned that they are not ready for rural medicine or that they won’t be well-supported.”

“During Rotto Ramble the participants took turns taking a leadership role within their teams. They were also supervised and debriefed by senior emergency specialists from some of the State’s busiest emergency departments.”

“This gave them an opportunity to test their critical thinking and build confidence in leadership skills. The participants also appreciated the chance to connect with the medical educators and now know that these doctors are available to guide and support rural doctors treating critically ill and injured patients,” Kelli said.

“The doctors and medical students responded to medical emergencies that happened without warning at various locations on the island, which for many was out of their comfort zone,” Tony said.

“They’re used to having access to medical equipment and monitors in a hospital setting. In these wilderness scenarios they had to improvise and think laterally under pressure as well as work effectively as a team.”

Rotto Ramble participant Stephen Pannell, who is a Registered Medical Officer based at Broome Health Campus, said he appreciated the chance to meet other doctors, particularly the senior emergency specialists who supported the participants.

“It was a great opportunity to get away from the lecture theatres and hospital setting and get hands-on with emergency scenarios. We were supervised by clinical educators who are highly experienced in emergency medicine and the debriefings they gave us after each scenario were extremely valuable learning opportunities,” Stephen said. 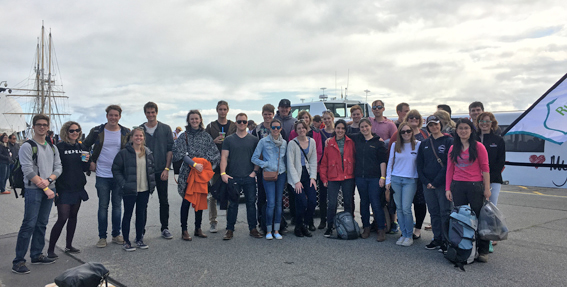 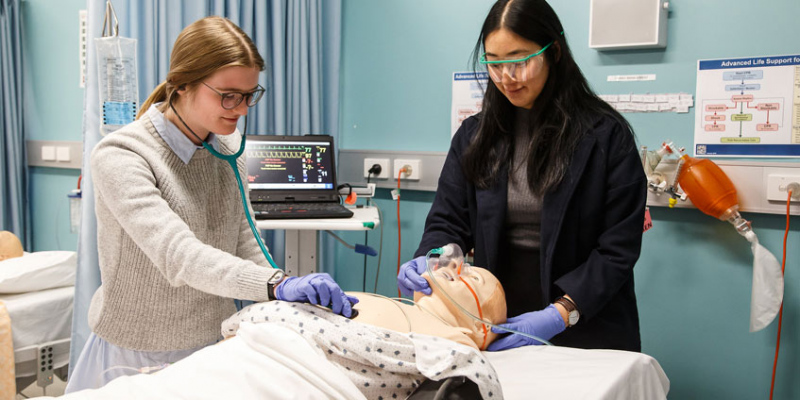