Twenty years ago, when I first started working in remote Central Australia with Aboriginal people, I had attended the cultural awareness program, done lots of reading and “knew all about traditional healers”. I was anxious to do the right thing and be accepting of other ways of working. In my culture, I was expected to be welcoming and tolerant and I wanted patients to feel at home and comfortable to express themselves, in ‘my’ work setting. I began to wonder what I was doing wrong, as the local Aboriginal people were reticent in talking about Ngangkaris (traditional healers) to me and mentioned very little about their own healing practices. Over the first six months I elicited the names of some of the local Ngangkaris but that was all.

I was questioning my practice and wondering what I should do when I attended a home visit for a sick child. An older lady came to my house to get me and we walked up to her house together. As we arrived, one of the local Ngangkaris left the house. The child’s relatives spoke to the woman who had called me, clearly anxious about my reaction to being called after the Ngangkari had provided her treatment. I was immensely relieved to hear my escort reassuring the family in language, that I understood and would not be upset about being called after the Ngangkari had done her treatment.

That episode was the turning point for me. As a Remote Area Nurse, I had had to learn to let go and trust in things that were outside my experience and scope.

The next interaction with a Ngangkari occurred when I was called to a patient who was fitting. She was transported to the clinic, along with family members and I began my treatment following the CARPA standard treatment manual (the manual for remote primary health care). While I was busily doing observations and inserting a cannula, the family asked if they could borrow the ambulance to go and find the patients spirit. In my rush to get her to the clinic, I had left it behind in her bedding and family had no transport to go and retrieve it. They took the ambulance and when I looked up, they had returned and were patiently waiting for me to finish my procedures. The Ngangkari was holding her hands cupped together. I stepped back and they stepped forward to perform their treatment. Then they stepped back – “your turn now sister”- and I could continue my part. We continued turn and turn about treatment until the patient was evacuated. It was a privilege to be involved in the shared care.

Next time, a family came to the clinic concerned about a community member. The Ngangkari wanted to perform a treatment using one of the clinic rooms. While I chatted to the family, two Ngangkaris performed their treatment and the patient said she felt much better after. She didn’t require any input from me.

Since those early days I have had the privilege of working with a Ngangkari team (NPY women’s council Ngangkari program) on the Uti Kulintjaku project. This project has produced several resources to help in two way understanding and improved health care for remote Aboriginal people. Remote health professionals need to trust in the things outside their scope of practice, be patient and listen to what remote Aboriginal populations need for their health care.

Find out more about the Ngaanyatjarra Pitjantjatjara Yankunytjatjara (NPY) Women’s Council at www.npywc.org.au or @npywomescouncil https://www.facebook.com/npywc 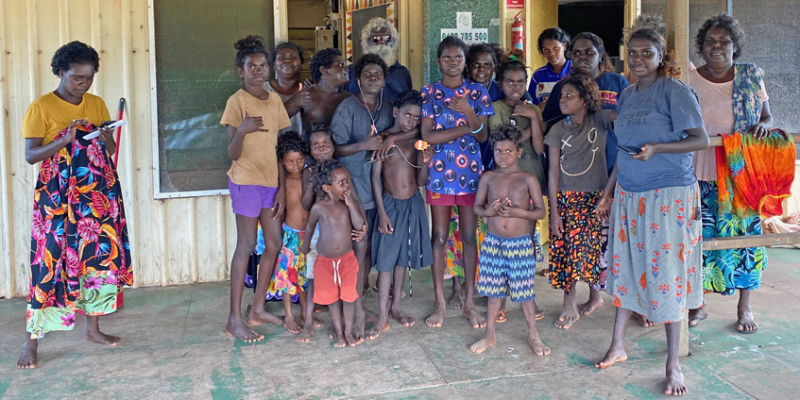