The value in preventing and reducing stroke 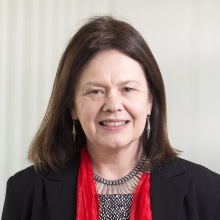 New reports released by Stroke Foundation in November highlighted the value and opportunity in investing in the health of regional and rural Australians.

The economic impact of stroke in Australia, 2020 found reducing high blood pressure and improving access to stroke care has the potential to help thousands of Australians, many of them living in regional and rural areas, to avoid stroke, survive and live well after stroke. This early intervention equated to savings of $179.0 million over five years in economic costs and $2.4 billion in reduced mortality and improved wellbeing annually.

The economic impact of stroke in Australia, 2020 uses financial modelling to estimate the economic impact of stroke, assessing both direct health system costs as well as the broader impact of short and long-term disability on the community. The Report also modelled the savings that could be made by acting to reduce uncontrolled high blood pressure in the community and providing greater access to emergency stroke treatments.

The No Postcode Untouched, Stroke in Australia 2020 report maps stroke incidence, prevalence and risk factors by federal electorate division. The Report provides a road map for focused investment in proven interventions to stop this disease.

The reports showed that this year alone, an estimated 27,428 Australians will experience a first-time stroke and 445,087 survivors of stroke are living in the community. They also showed the economic cost of stroke exceeded $6.2 billion, with a further $26.0 billion in lost wellbeing, due to short and long-term disability, and premature death.

Too much of this burden is being carried by our regional and rural communities. The reports found regional Australians were 17 per cent more likely to experience a stroke than their metropolitan-based counterparts.

Drivers of this over-representation of stroke in regional Australia are twofold. Regional Australians are older on average, which is a non-modifiable risk factor increasing the likelihood of stroke. More importantly, statistics have shown that the further people live from major Australian cities, the poorer their health and lower their life expectancy.

The impact of this increased incidence is further exacerbated when you consider that regional Australians are also less likely to have access to best-practice stroke treatments. Hospitals with specialist staff and stroke units are proven to deliver improved outcomes for survivors, but due to the small numbers of patients treated for stroke, many regional and rural hospitals do not have stroke units or specialist treatment and care teams. Many stroke specialists, who play an essential role in diagnosing and treating stroke, work predominantly in metropolitan areas.

The economic impact of stroke in Australia, 2020 report shows the value of investing in stroke prevention, treatment and care. By reducing uncontrolled high blood pressure among Australians, developing stroke equipped ambulances, ensuring equity of access to comprehensive stroke centres and increasing stroke unit care, we can improve outcomes from stroke and reduce its burden. Finally, by reducing the risk of further stroke through improved secondary prevention, we can help more Australians live well after stroke and avoid hospital readmissions.

We know that more than 80 per cent of strokes can be prevented. We must increase our efforts and recognise the value in preventing stroke and chronic disease. Further, we must ensure equity of access for all Australians to best-practice stroke treatment and care.

This report is not just a series of numbers, behind these figures are real people. Our families, friends, colleagues or even ourselves. Stroke attacks the brain – the human control-centre, often changing the life of the individual who experiences stroke, and their loved ones, in an instant. Stroke’s impact extends well beyond the immediate medical emergency.

The National Strategic Action Plan for Heart Disease and Stroke (the Action Plan) provides proven interventions to address stroke’s impact, including specific actions to address inequity in regional and rural Australia. The Action Plan was developed by Stroke Foundation in partnership with the National Heart Foundation and funded by the Australian Government. We look forward to working in partnership with governments to implement it. It is an investment we can, and must, make for the health and wellbeing of our community.

Regional Western Australian Bill Vernon suffered a stroke at 1.30am on Dec 5, 2013. Bill’s wife Denise believed he was having a stroke and called triple zero (000) immediately. Bill was very scared. He arrived at the local regional hospital by ambulance within 20 minutes. When they arrived, Denise asked if the young doctor thought Bill had a stroke. The doctor made a call to Perth.

The doctor said he thought it was a stroke, but they didn’t know if it was a clot or a bleed so could not provide any treatment. Bill was paralysed and in very poor shape. Bill was placed in a dark room to wait for the morning and a possible transfer to another hospital. It was unclear if Bill would make it to the morning.

In the morning Bill’s condition had not improved. Bill was taken to Bunbury hospital, where he was assessed, scanned and then transferred to a Perth hospital.

Bill was 53 when he had the stroke. Bill was told he would never be able to walk or talk again. Bill and Denise were forced to move to Perth for a year so he could access the rehabilitation he needed.

Bill was determined to recover and worked incredibly hard in his rehabilitation. Bill can now walk, but he has trouble with his memory and finding words. Bill will never be able to return to work.

“It shouldn’t be this way. City people are benefiting from amazing breakthroughs in stroke treatment but us country people are being left behind. If and how you live after stroke should not be determined by where you live. We all deserve the chance to survive and live well after stroke,” Denise said. 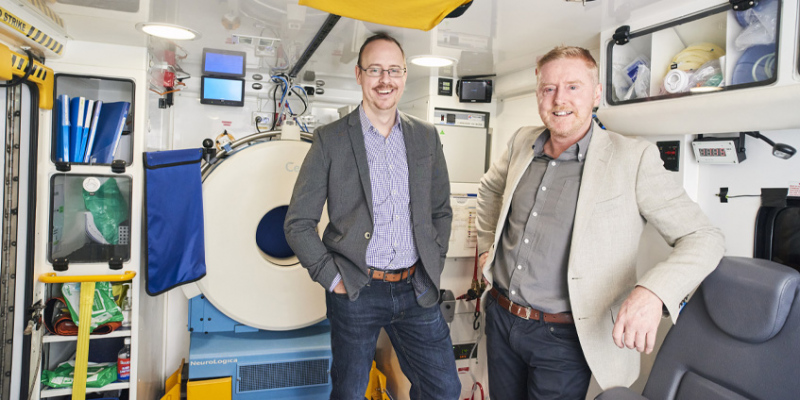 On the road to smarter stroke care