More News
Cooee – we are “Better Together”: a song of a Conference
A call for action on Aboriginal & Torres Strait Islander health & climate change
Mud shot wins photo competition

A community health advocate, a man who works to give kids a future and an outback nurse practitioner took to the podium at the 15th National Rural Health Conference to accept the prestigious 2019 Friends of the Alliance Rural Health Awards.

Thirty-five year old Stephanie King said she was blown away as she stepped up to accept the Youth Award. A research officer at the Centre for Rural and Remote Health in Mount Isa Qld, Stephanie was recognised for her contribution as a researcher, community contributor to health and hospital services and as an advocate for her Indigenous community.

“To be recognised for the work I do and the work that others I work with do is absolutely amazing,” she said. “It’s such a wonderful thing to have happened. I have been supported by a lot of amazing people here at the centre. I’ve had great mentors and it’s an environment where you are supported to grow as a person through all the difficult aspects of your life and there’s room to make mistakes. They’re very supportive of the work I do in the community as well.”

Stephanie also sits on the board of the Queensland Indigenous Family Violence Legal Service.

It wasn’t always this way. She quit school in Year 11 and fled home for Darwin where for a while she was homeless.

“It was a tough time”, she says now, stressing that she’d had a great childhood but, as she says “I got mixed up with the wrong people and sometimes did the wrong thing myself.”

In Darwin, through training and work place programs, Stephanie got loads of experience doing everything from learning to be a security guard, how to serve alcohol responsibly, to how to feed the crocodiles at a crocodile farm.

“I didn’t know what I wanted to do. I was trying to find my feet and was doing things just to get experience.”

Eventually her family brought her home. She joined her dad’s loader operating business doing administrative work, then gradually inched her way through various jobs, earning certificates and qualifications before heading to Dajarra, 100 kilometres south of Mt Isa, to be the Indigenous Coordinator. Her first job at the Centre for Remote and Rural Health was as a student placement officer. Her research work has covered effective student placement, health research ethics in indigenous communities and more. This year she is enrolled in a Graduate Diploma in Research Methods at James Cook University after completing an Applied Science Degree in Indigenous Community Management.

Bernie Shakeshaft was equally overwhelmed by his Unsung Hero Award. The founder and director of BackTrack YouthWorks in Armidale NSW said the award acknowledged the contribution BackTrack makes to kids’ health and that health was much more than about medicine and doctors. Training, education, housing all affected a child’s health, he said.

“We are a youth organisation and we have won a health award. To be recognised this way is really quite humbling”, Bernie said.

Backtrack works with children who’ve fallen through the cracks of society and now has programs running at Broken Hill, Lake Cargelligo, Dubbo and Grafton.

“I really like that saying that says children are the honest barometer of a healthy society and in Australia we’re not doing so well. When we first started in 2006 all the referrals were for kids aged 15, 16 and 17 and now we’re getting 10 and 11 year olds who don’t go to school, don’t have a home.”

Bernie said 87 per cent of the kids BackTrack works with end up with full-time jobs or are in full time education and training.

Mackay (Qld) nurse practitioner Kordinelija Stott won the Nursing Award for the contribution she’s making to her profession. While nursing at Dajarra, she was encouraged by Royal Flying Doctor Service mentor and GP Don Bowley to complete her masters as a Nurse Practitioner, with a focus on remote area practise.

She now advocates to build nurse practitioner roles in rural and remote communities but says funding has to change.

“There’s no money for nurse practitioners because there are only four items on the Medicare Benefits Schedule that we can claim, but it’s a role that’s desperately needed in rural and remote Australia. We spend all this money on medical locums because we can’t get doctors out to these areas, but nurse practitioners could be there.” 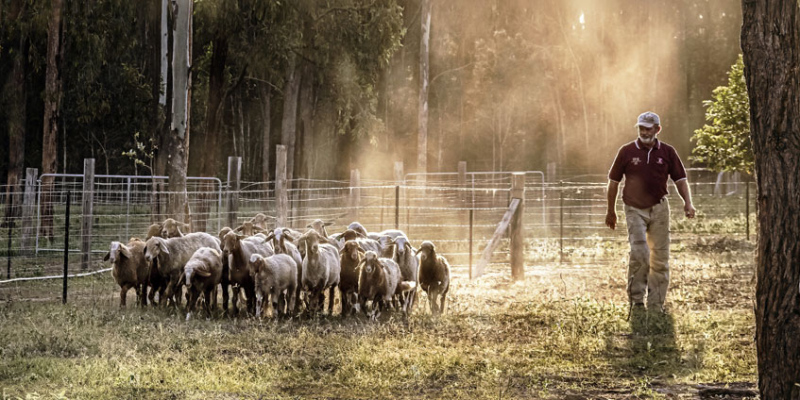