Rural Health is fortunate to benefit from the commitment and skill of many dedicated champions.

Tony was raised on a farm near Rankins Springs in the New South Wales Riverina area, where he recalls farm life without electricity, with food kept in a kerosene fridge, and without many of the other comforts often taken for granted. He, with his family, later moved to West Wyalong where he attended the local school, after commencing school by correspondence, and qualified to study science at the University of New South Wales.

Ultimately he completed the Bachelor of Optometry course and also spent time in the UK gaining experience. He returned  home to West Wyalong in 1976 where he set up a joint optometry practice with partner Phil Wells.

Tony has been an active leader in the West Wyalong community where he has contributed to the High School Parents and Citizens group, was a commissioner with the Scout Association and was president of the district swimming association, as well as Apex and Rotary service clubs. He has served eleven years as a member of the West Wyalong Hospital Board. He is been an elected Councillor of the Bland Local Government Area (LGA) and has served on the Bland Shire Council for 20 years. He was Mayor of Bland for two terms, 2008-2010 and 2016-2018.

Within the discipline of optometry Tony has been one of the most active members, particularly in striving for recognition and advancement of the unique role of local rural optometrists in the health system. He has worked closely with West Wyalong local medical general practitioners, including the late Dr Eric Fisher, to provide local access to specialised skills and equipment to assess and manage conditions affecting the vision and eye health of the community. He also has well-developed and longstanding clinical relationships with ophthalmologists (medical eye specialists). This networking is very important for detecting, managing and if necessary, referring patients with sight-threatening chronic diseases affecting the eye, such as glaucoma, macular degeneration, diabetic retinal disease and cataract.

This year Tony was recognized with a Special Award from Optometry NSW/ACT, the Association representing registered optometrists in New South Wales and the Australian Capital Territory. Despite the distance between West Wyalong and Sydney, Tony has served for 30 years as an elected Councilor of the Association. He was nominated by the Council as its Optometry Australia National Councilor for a period of 8-10 years.

He was President of Optometry NSW in the early 1990s, a time of major change in the practice of Clinical Optometry in Australia. In this period, Optometry assumed a more ‘generalist’ role, expanding its scope of practice to provide essential primary care services. This was partially driven by the demand for rural optometrists to provide services such as red eye diagnosis and treatment, glaucoma detection and management and regular screening of diabetic patients for signs of blinding diabetic retinopathy.

In New South Wales the law was altered to allow suitably qualified optometrists to prescribe antibiotic, anti-inflammatory and anti-glaucoma medications to patients with relevant disease. In rural practice, this role is closely integrated with local general practitioners and available medical specialists. Tony’s experience at the coal face placed him in an ideal position to work with local Councils, State and Federal politicians, and the University of New South Wales to shepherd these important changes though the New South Wales Parliament. As a result, local rural patients can avoid having to take time off to travel long distances to receive equivalent services in larger towns and cities.

Tony Lord is a local West Wyalong lad who has dedicated his life to serving the needs of his local community and surrounding towns, both in public service and as a practicing local optometrist. He has run outreach clinics in Lake Cargelligo, Temora, Forbes, Condobolin and Narrandera, in conjunction with the Australian Government-funded Visiting Optometrist Scheme. He has joined international outreach clinics to Nepal, Fiji and Cambodia with the Brien Holden Vision Institute. His dedication and hard work over many years deserves to be recognised. 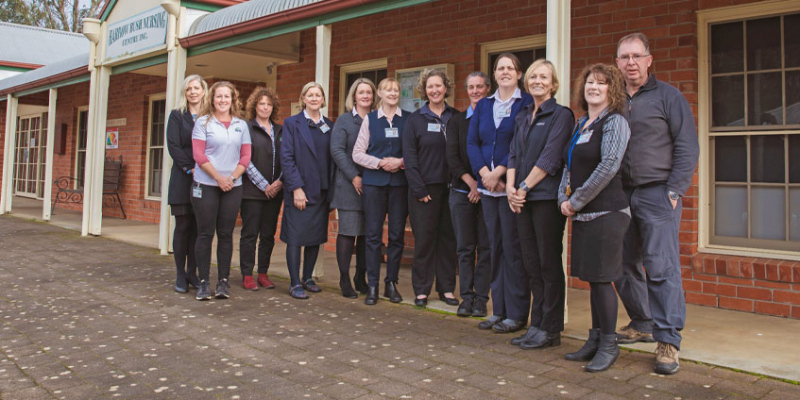