My mum passed away at the grand age of 96 this year. She lived through the Depression, World War 2, droughts and floods; outlived two farmer husbands and a farmer son; and raised seven children, 15 grandchildren and 14 greatgrandchildren. She lost her first baby girl, stillborn, after the shock of sheltering inside the wattle and daub house that was her first home, while the 1952 bushfires blazed across the paddocks outside.

Dad and mum built a thriving farm on a soldier settler block. Mum was a nurse before marrying dad. All the stories of their children are built on the work they did. My story sees me now living as a single woman in my sixties, in a rural village, maintaining my career in the performing arts.

So, it’s no surprise that when I heard about Millicent Armstrong, living out her life as a single woman, on a soldier settler block near here, a nurse in World War 1 – and a playwright – my interest was piqued.

Millicent Armstrong, whose relatives still live and farm in this area, wrote plays that captured fine detail about the characters within them, and the challenges they daily faced. Music Theatre Projects Ltd is presenting four of her one-act plays on the October 2022 long weekend.

The themes Millicent explored include the impact of the Federation Drought, powerfully illustrating the mental health impacts of the grinding anguish of seeing all your water dry up, your animals suffer, your cashflow cease, your relationships strain, until it’s too much to bear. Drought

In At Dusk, Millicent presents a dark scene on an isolated rural block, where the impacts of sexual violence take their toll on a young, vulnerable woman. Millicent shows deep insight into human psychology:

LILY: It wasn’t me he had his passion for.

LILY: It was for my fear.

The other two plays – Thomas, a sparkling comedy set in early 20th century Sydney, and Penny Dreadful, a mystery thriller worthy of British TV detective treatment – touch on mental health issues, colonialism, and the lived experience of women in a very different time to ours. They have at their heart (as does At Dusk) two sisters as central characters. Given Millicent’s sister, Helen, farmed the block next door and was her main collaborator in writing, this is not surprising.

Millicent’s experiences of nursing on the Western Front during World War 1 were horrendous. Millicent wrote plays for the soldiers as a way of keeping everyone’s spirits up.

A pared-back production – no set, few props, neutral costuming, a cinematic soundtrack – accompanying all four plays means we can perform in shearing sheds, at heritage homesteads, or community halls.

In these plays, women carry the load of emotional work and the responsibility for homemaking.

In Drought, Ellie is trying to spread some cheer by adding little touches to their living space. She puts sprays of gumleaves into a jug on the table, which sets Joe off as he rails about the waste of precious water. Ellie’s capacity for love and nurturing is tested but remains.

In Penny Dreadful, Jenny’s sister, Isabel, grabs precious time to talk with Jenny to relay her concerns about Jenny’s husband. This willingness to talk openly about matters relating to health, state of mind and relationships, provides a means of dealing with a world where other matters are out of their control.

For more details about Drought and Other Plays by Millicent Armstrong, including dates and venues, and to purchase tickets, please visit: www.musictheatreprojects.com/productions/in-production/drought-and-other-plays-by-millicent-armstrong 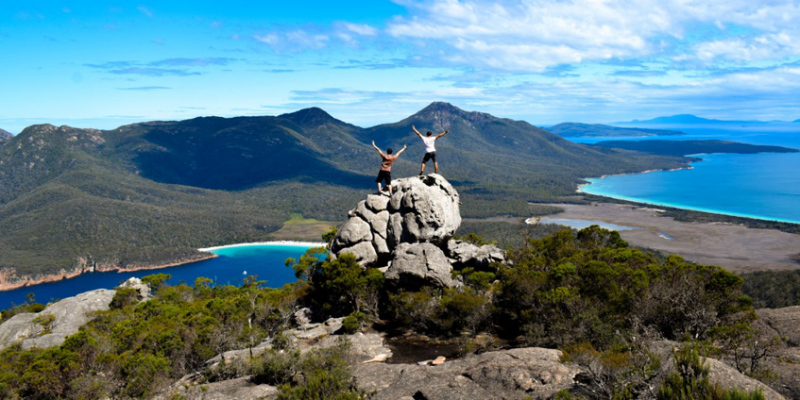 Entries for the… Read more