When Senator Williams established the scholarship in 2010 he said: “I hope in some small way this scholarship will eventually assist a country community.”

He was driven to set up the scholarship in response to the shortage of oral health specialists in rural, regional and remote areas, compared to the numbers in cities.

The one-year scholarship had a value of $4,800 and was awarded annually to a student from regional New South Wales who was commencing dentistry studies at university. In addition to financial support, scholarship holders had the opportunity to be mentored by a rural dentist.

The scholarship’s financial and mentoring support did much to set up the recipients for a successful university experience and a future career as a rural dentist.

Olivia Jom (2010) said, “Senator John Williams’ generous contribution to my studies … enabled me to soar through my first year at university with peace of mind, confidence and a constant network of support.”

Jessica Powell (2011) said, “The Scholarship helped fund vital learning materials [and] Dr Chris Cole has been a very supportive and knowledgeable mentor throughout this year.”

Jarrod Brice (2014) said, “I also received the mentorship of Dr Chris Cole, who supported me throughout the year and provided connections to local practitioners near my home town of Euston, where I was lucky enough to shadow a dentist.”

Matthew McGreal (2015) reported, “Upon completing the year I phoned Senator Williams to say thank you and mention how grateful I was for his scholarship and how it helped mef and my family…. Even though I caught Senator Williams off guard as he was in a paddock fencing he remembered me personally and we had a great chat.

“I left full-time employment in banking to pursue a career in dentistry, which was a bold move as I have a wife and two kids to support. This scholarship provided enormous financial support for our family.”

Leazelle Graham (2016) said, “In my offer letter there was a recommendation to join Sydney University’s MIRAGE Rural Health Club. Because of this I not only became a member but also became part of the committee as Junior Dentistry Representative.”

Ghazan Yousafzai (2018) said, “The aid of the NSW Regional Dentistry Scholarship made my first-year dentistry experience that much more enjoyable and helped alleviate any stress associated with financial concerns.”

The National Rural Health Alliance was privileged to administer the scholarship on behalf of Senator Williams. We acknowledge Senator Williams’ unstinting support and advocacy for the health and wellbeing of rural Australians during his time in the Federal Parliament and wish him well for the future after his retirement from the Senate. 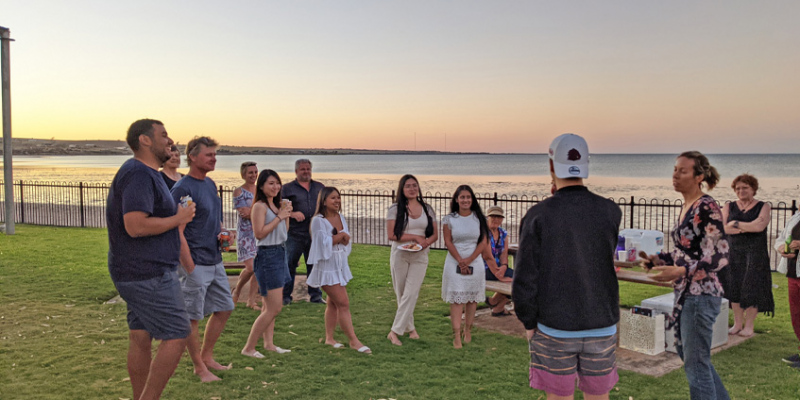