In the first half of this year, Meaningful Ageing Australia, a national peak body supporting organisations and groups to respond to the pastoral and spiritual needs of older people, offered seminars in regional locations across Australia.

Host organisation chose a topic that met the learning needs of their staff. Topics included: ‘Spiritual care in a diverse world’; ‘Supporting older people in the transition to aged care’; and ‘Death, dying and hope: conversations at end of life’. The seminars, which kicked off in Albany, WA, were attended by staff of aged care services, older people and families.

Following a recent seminar in regional Queensland, Meaningful Ageing Educator Merisa Holland spent some time with an aged care resident and their family member. Merisa learned that the resident had settled in beautifully and was enjoying a fulfilled life at the home. However, her son John said that he was feeling very guilty about putting his mum in a home. This is not uncommon for families and can cause great distress. Merisa asked some questions about his experience and listened closely as John talked. She then shared a simple model of transition into aged care showing an initial period of being overwhelmed, followed by adjustment, and then acceptance. John was able to articulate that he was in fact at the beginning, in the overwhelm phase. Merisa enabled John to name his resources and supports. At the end of the conversation John said he was able to see the value of Merisa’s skilled questioning and reflection as an educator with a spiritual care practitioner background.

The Meaningful Ageing Regional Seminars offered opportunities for aged care staff, including leaders, managers and direct care staff, to consider and reflect on the spiritual needs of older people and spiritual care. Participants learnt skills that could be integrated into their work immediately. They also learnt that, while every person has a role in spiritual care for older people, spiritual care specialists have the skills and capacity to enable deeper conversations and responses.

In one session, a nurse asked, “What is a chaplain? Is it good for an organisation to have a chaplain?” The educator then had the opportunity to talk about spirituality in a diverse world, and to say that organisations don’t have to have a chaplain, but as pointed out in the National Guidelines for Spiritual Care in Aged Care, access to spiritual care specialists is important.

The regional series ran until the end of June. Seminars were held in Tanunda and Mount Gambier in South Australia; Bendigo in Victoria; Devonport in Tasmania; Rockhampton in Queensland; and Lismore and Tamworth in New South Wales and were made possible with the support of Prime Super. 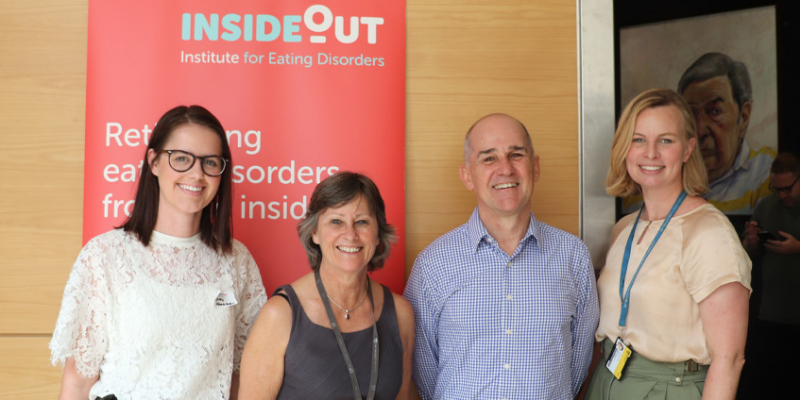 What about us? Struggling to access specialist care for eating disorders in rural communities

Each year, one million Australians and their loved ones are impacted by the… Read more