Reaching out to new fathers through texts

Photos: The Family Action Centre, The University of Newcastle

Reaching out to new fathers has never been easy. Parenting programs regularly attract mothers and hospital services are directed to the mother and baby. Fathers today often do attend the ultrasound and the birth, but they are soon back to work and busy with supporting the new addition to the family. Researchers at the University of Newcastle have been studying the effect of depression in new fathers and developing innovative ways to connect fathers to information and support.

“We knew from overseas studies that a depressed father can have a real impact both on the mother and on the new baby, even if he is back at work and mum is doing the bulk of the caring” said Dr Richard Fletcher, Leader of the Fathers & Families Research Program at The University of Newcastle.

“When we analysed the data from 2,260 Australian children we found that if the father has symptoms of depression in the first year then those children had three times the rate of behaviour problems as pre-schoolers. This effect was independent of the mothers’ mood. Since then new research has put the rate of depression among fathers at ten percent. That makes attending to new fathers’ mental health a priority.”

But how to connect to new fathers? After many years developing male-only antenatal classes and working alongside midwives, nurses and GPs to engage dads, Richard and his team hit on the possibility of connecting via mobile phones. With a grant from beyondblue the Fathers and Families Research Program team has designed SMS4dads to deliver text messages to fathers throughout the pregnancy and the first year of the child’s life.

SMS4dads uses text messages linked to the baby’s development to keep a father informed and to prompt his support for his partner during the pregnancy and afterwards. The messages (14 per month) come during the day when fathers are at work so by the time they get home they have an idea of what is happening with their baby, and they have tips to help their partner and with bonding with their baby.

Some of the messages are from the baby. For example:

Hey dad. I am going to triple my weight in the first year of life. Don’t let this happen to you too.

Others encourage support for the mother:

Now is a good time to tell her she is doing a great job.

A father also receives regular check-in messages asking how he is going.

Results from the feasibility study with 520 fathers, including from rural and regional areas, were positive. Eighty-five per cent of fathers completed the program and 92 per cent endorsed the program as helping them in their role as fathers. Mothers are supportive too.

SMS4dads is now recruiting fathers from all areas to be in the efficacy trial. Fathers can enrol online anytime during the pregnancy or up to three months after the birth. They will receive messages until their baby is 12 months of age. There is no cost for the program.

“Dads don’t want to be on the sideline, they want to be involved as much as they can. But they’re flat out in the lead up to the birth and then they rush back to work after two weeks leave. SMS4dads stops them being isolated.” 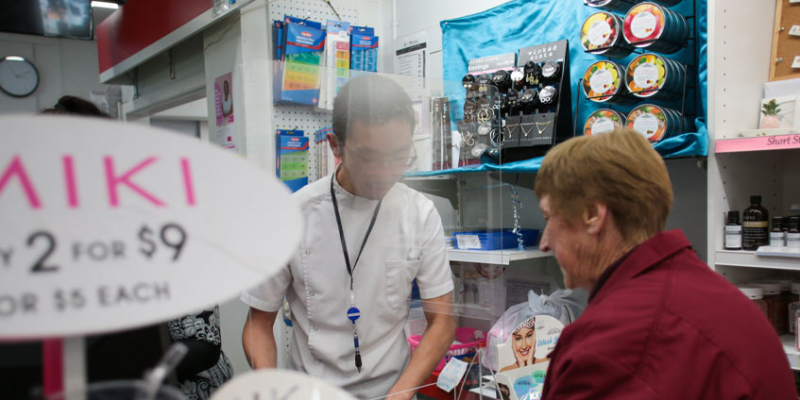 Having a conversation with a community pharmacist