A powerful force for Indigenous health

For Indigenous GP Jacinta Power, seeing women through their pregnancies, the birth of their babies and watching their children grow never grows old.

“I really love women's health. I get to see the pregnant women, the new babies and then the children. It’s definitely my area.”

Her goal is to use her skills to better the health of Aboriginal and Torres Strait Islander people.

“There’s a spiritual connection there. Whatever specialty I chose, it was always going to be something that would help my people”, Jacinta said.

Working in the Aboriginal medical service has allowed her to do just that; a decision validated by a chance meeting with an Aboriginal Elder who helped set up Australia’s first Aboriginal Medical Service in Sydney’s Redfern.

“She came into TAIHS and she just broke down crying to see how far we had come. From the early days when she was trying to set up the first service to being at TAIHS and to be seen by an Indigenous doctor was amazing.

“To her, that was the goal.  To get to the stage where we could be looking after our own mob.  That was a really special moment.”

Growing up on a farm in rural north Queensland Jacinta always wanted to work in health. Her  desire was driven by the loss of her brother to cancer as a child. But as a shy teenager, she lacked the confidence to aim for medicine. It wasn’t until she read the story of the inspirational African American neurosurgeon, Ben Carson that she felt she too could try. Yet she still doubted her own ability:

“I honestly thought I couldn’t do it. I graduated from a high school in a small rural town. I think I was the first to go into medicine.”

Despite her misgivings, Jacinta secured a place in the JCU medicine degree, attracted to the program for its focus on rural, remote and Aboriginal and Torres Strait Islander health.

“I loved the fact that right from second year you went out into rural towns and learnt from doctors in those areas. They’re very inspiring, their level of enthusiasm and knowledge is amazing.  It takes a lot to be a doctor in a rural town. It’s really inspiring for students to learn in those settings.”

“You learn a lot of skills in rural placements. You certainly go into that year knowing you have a good set of skills.”

Having completed her GP training in rural and regional north Queensland, Jacinta is now giving back as a cultural mentor for current registrars.

“Having a cultural mentor gives registrars a support person. If you come from a completely different cultural background you might not know certain practices and you might not understand why a patient acts in a particular way. If they have a person they can ask and debrief with, it provides a more positive experience.”

“Each community is very different and having a cultural mentor in each of those places creates more support for registrars.”

While Jacinta is enjoying her general practice work, long term she’d like to focus on preventative health, which she sees as key to tackling chronic disease among Aboriginal and Torres Strait Islander people.

“I chose general practice because you are working in the community. I’d like to take it a step further and get involved outside the clinic as well: to work on the root causes of the problems such as nutrition.”

Eventually she’d like that to include a return to her farming roots and community food production, providing both employment and the foundations of good health.

But for now, she delights in her general practice; in the mums she helps, the children she treats and the new lives she gets to meet. 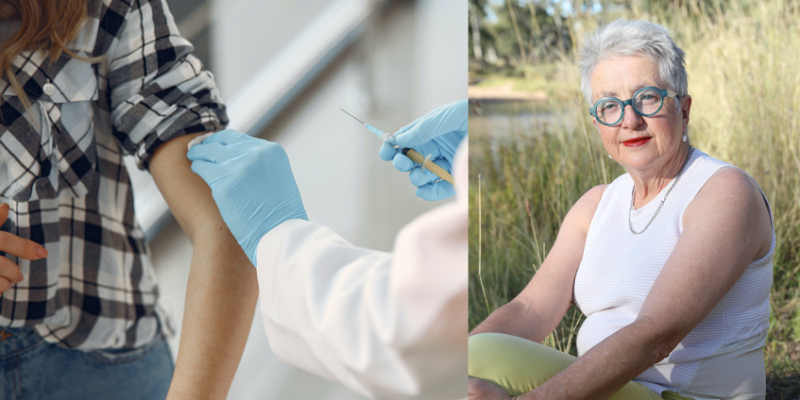 In Australia, vaccine information has been distorted by… Read more