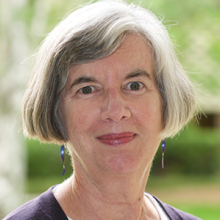 We’ve all seen the images of people sheltering on a beach in the face of a bushfire raging through their town. I am now one of those people.

The emergency messages came to our landline and mobile phones at 6.00am on 31 December 2019. The Clyde Mountain fire which had been burning for weeks was at Mogo, on the Princes Highway about 8 kilometres west of our home in Malua Bay, a beachside village south of Batemans Bay on the New South Wales south coast.

By 7.30am my husband and I had packed some clothes, documents and a few precious things in our two cars and drove the 500 metres to the beach. Members of the Batemans Bay Surf Club and other volunteers were directing the parking and registering people as they arrived. Over the next couple of hours more and more people arrived. At first it was quite relaxed. I remember strolling to the nearby shops to buy the newspaper and some drinks.

But then the power and phone signals went out. From the Surf Club we watched the sky to the east, over the sea, changing colour every few minutes – yellow, grey, black, orange, red, brown.

People continued to arrive. The Club was full and there were many more people outside on the grassed area and the beach – well over 1,000 people were gathered. There were also many animals – countless dogs, some cats, a couple of horses and ponies. One man had two pet carriers; in one was a white duck and in the other a long-eared rabbit – were they pets or dinner?

It was getting hotter, and the sky grew darker.

When the fire coming down our street reached the main road that runs along the beach the Surf Club was evacuated and we moved onto the beach. With our backs to the sea we faced the direction of the fire. We didn’t dare turn away. The wind was ferocious - hot and ash-filled, accompanied by a roaring noise. Right in the face of the fire, Surf Club members were on the building roof hosing it down. Someone brought us a chair and we tried to shield our mouths and noses with damp paper towel. This was survival. Everyone on the beach was trying to look after themselves, their families and those next to them.

We had no concept of time. After perhaps an hour a southerly change came through and the temperature dropped, but the danger wasn’t over as the fire was driven in a different direction, putting more houses in danger.

Somehow, although the Club was not prepared in advance to look after so many evacuees, Club members and other volunteers sourced and prepared food, made sure everyone had water, and looked out for the more vulnerable among us:  older people; families with babies and young children; and people with medical needs. They also arranged for the ground floor of the nearby hotel building, currently under construction, to be opened up for the overflow from the Surf Club. All along the coast surf lifesaving volunteers were thrust into the role of first responders and responded magnificently.

We came across a couple of our neighbours who were very distressed and told us all our homes were lost. We could see houses, trees and power poles on fire in our street.  Trees and undergrowth on the main road just near the beach were burning. From the beach we watched a spot fire set a tree alight on a headland to the south. The fire spread rapidly over the whole headland.

More people arrived to take refuge at the beach. I remember two men, their faces and hair covered with ash and soot, with blankets over their shoulders, bare feet and wearing nothing but shorts.

After the height of the crisis we were back in the Surf Club, feeling numb and unable to take in what had happened. We were sitting next to a couple with their daughter and small grandchildren.

They asked: “Where are you staying tonight?”

These compassionate strangers insisted that we come to their house in a nearby suburb where it was quite safe, and they had plenty of room. We accepted with gratitude and at about 5.00pm we drove through heavy smoke along roads with fires still burning on both sides to the comparative peace of Sunshine Bay. There we ate well (with no power there was food in the fridge that needed to be eaten). We fell into a comfortable bed at about 9.00pm, unlike many others who spent the night in their cars at the beach.

This was just the beginning of the boundless kindness, generosity, and emotional and practical support we have received since the bushfire from friends, family and strangers - from coffee on the house in the local café to weeks of free accommodation

After believing for two days that our house had gone, we discovered that it was damaged but standing, while many homes all around us were completely destroyed. Most of our possessions have survived but we don’t yet know the extent of damage from smoke and ash or when we might be able to return to our home.

Since New Year’s Day we’ve stayed in a motel, with family in Canberra, and at a holiday house in Broulee lent to us by a friend of a friend. In early February we took up a six-month lease on a rental property as part of the building insurance claim.

We’ve registered with the disaster recovery centre and have gratefully accepted financial support from government and charities.

The scale of the fires on the south coast is hard to comprehend. Hundreds of thousands of hectares have been burnt. On the highways and local roads you drive through endless kilometres of burnt forest, paddocks and settlements. Hundreds of houses and other structures in the Eurobodalla Shire are destroyed and damaged. Thousands of people are affected. Residents of Malua Bay and many other places were without power, phones and internet access for days and sometimes weeks. The long road to recovery has started. But this shattering experience has brought communities and people together to support and help one another.

Thank you to Philip Bull and Julie Criss for their assistance in writing this article.

Susan is a former Editor of Partyline. She retired from the National Rural Health Alliance in September 2019.