“There are just two psychiatrists for every 100,000 country people in very remote areas”, said Mark Diamond, CEO of the National Rural Health Alliance.

Built on a number of data sets from the Australian Institute of Health and Welfare the new analysis paints a striking picture of the difficulty of accessing mental health workers in country Australia.

Very remote areas include Bourke and Cobar in New South Wales, Ceduna and Kangaroo Island in South Australia, Kalgoorlie in Western Australia, and Cunnamulla and Charleville in Queensland.

“This analysis reveals that the further you live from a major city, the more trouble you will have finding a mental health professional,” said Mark Diamond, Alliance CEO. 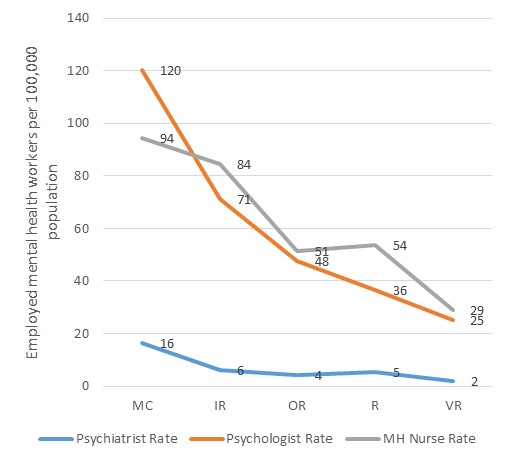 “We need to overhaul the way we think about mental health workforce in rural areas. It’s about both attracting country kids to the professions, and training them in rural areas to maximize the chance they’ll stay and work in the country.”

The lack of workers is forcing country people into hospital emergency departments.
Nearly twice the number of people in remote areas attend emergency for a mental health issue than in major cities.

Emergency presentations for mental health issues increase by around 30 per cent outside metropolitan areas.

“If emergency is the only service available, country people are more likely to delay seeking help, especially if they have to travel long distances to reach a hospital,” said Mark Diamond.

“The upshot is their mental illness has probably reached crisis point by the time they try to access care - making it much harder to recover.” 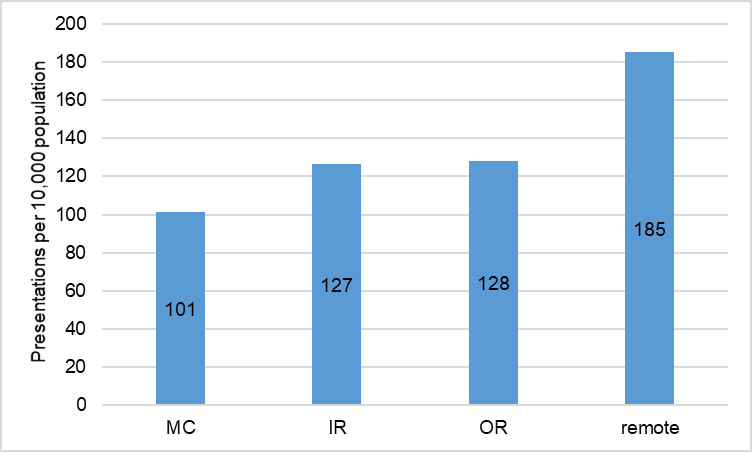 The Alliance supports technology as a part of the solution.  But significantly more mental health workers are needed on the ground to address the disparity in funding, services and workforce. These workers also need extra training to prepare them for the particular needs and challenges of working in a rural or remote setting.

Some mental health workers are in allied health, and as such do not have access to Medicare funding.  In another Partyline article by Alliance member, Services for Australian Rural and Remote Allied Health (SARRAH), one of the major barriers to the more effective use of allied health in rural areas is the lack of an appropriate funding model.

SARRAH's article says that while a Mental Health Plan may include limited access to some allied health, out of pocket costs deter many country people.

The analysis, and graphs in this article, are part of the Alliance’s submission to a Senate Inquiry into the accessibility and quality of mental health services in rural and remote Australia.

The submission makes seven recommendations which include: 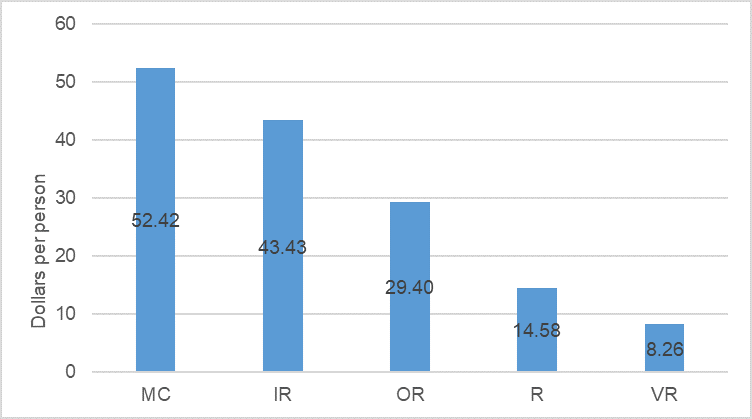 The National Rural Health Alliance submission has been accepted by the Senate Committee. It is submission number 37 and can be found at: 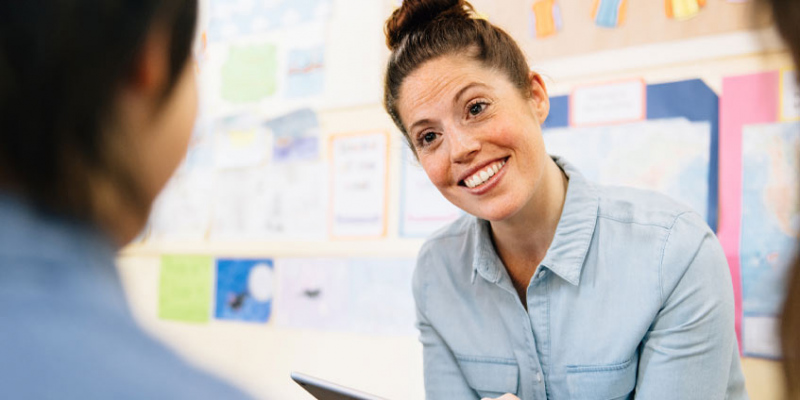