An increasing number of Australians are becoming chronically ill after a tick bite. Around 20,000 people per year are infected with pathogens from tick bites. Many find themselves in an uncertain medical situation, complicated by a lack of accurate diagnostics. When patients report a tick bite, they are routinely denied treatment because of a lack of medical awareness about tick-borne pathogens and associated infections. They are frequently told they have ‘medically unexplained symptoms’ or a psychiatric ailment, rather than an infection. There are no primary care pathways to identify and support these patients and many are left medically abandoned with declining health and permanent disability.

Through patient-led action, there has been Government and Parliamentary focus on the issue of Lyme-like illness in Australia and three formal inquiries have tabled reports (see below). These found that there are significant gaps in our knowledge and each report recommended urgent action and prioritisation of funding for research and the needs of patients. As a result, the National Health and Medical Research Council conducted a Targeted Call for Research and recently awarded $3 million to two research projects expected to complete in 2023. Unfortunately, this is too little and too late for those already infected and delays effective awareness campaigns to prevent further people becoming infected through tick bites.

Hence, thousands of patients become increasingly debilitated as our medical and scientific community continue to ruminate on a causative agent[s], appropriate diagnostic tools, case definitions, and treatment protocols. Legacy thinking underpins widespread ambivalence in the medical community and reinforces the apathy of policy makers who fail to properly investigate the issue.

The Lyme Disease Association of Australia’s (LDAA) analysis of Australian patient submissions to a Senate Inquiry found that 46 per cent of patients in Australia report seeing seven or more medical professionals prior to obtaining a diagnosis for their debilitating illness. Most patients were undiagnosed or misdiagnosed and never treated, or inadequately treated. Once diagnosed, 10 per cent of patients travel overseas for rapid immersive treatments to stem their debilitation. Those that can’t afford overseas treatments are left to relocate and travel, sometimes distances of more than 500 kilometres (25 per cent of patients), to an urban practitioner with experience in treating tick borne illness. For the 33 per cent of Australian patients who are in regional or remote areas, this compounds their burden of illness.

Given the lack of medical practitioner education in the emerging risks of tick-borne infection, LDAA data indicates that up to 50 per cent of the Australians infected each year are likely to be misdiagnosed or undiagnosed. This has potential to cost these patients a combined total of $425 million in out-of-pocket medical expenses in their quest for wellness. That doesn’t account for gaps in Medicare rebate costs, the non-medical costs or the considerable economic loss in the patient’s productivity and the associated flow on effects.

This is an escalating health crisis. Regional and rural populations, with even less access to informed medical care than those in major cities, are particularly at risk.

According to the World Health Organization, vector-borne disease is preventable through the development of informed protective measures. In Australia we should rapidly implement such measures. Early diagnosis and treatment offer the best outcomes for recovery.

By working together, we can acknowledge the warning signs, leapfrog old thinking, apply innovative medical technology and design solutions.

In 2013-2014, the Australian Government Chief Medical Officer, Professor Chris Baggoley, convened a Clinical Advisory Committee on Lyme Disease (CACLD) to provide him with advice on the evidence for Lyme disease in Australia, diagnostic testing, treatment and research requirements.

Sharon Whiteman is a presenter in one of the concurrent sessions at the 15th National Rural Health Conference. 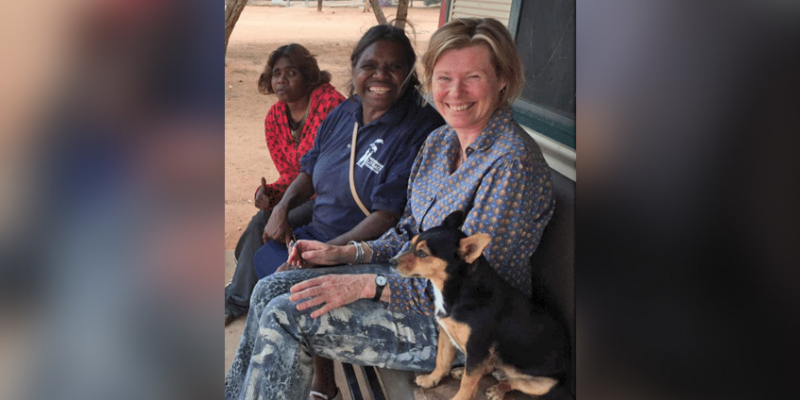 Telehealth in rural and remote communities