A journey from hope to despair and back again: the NDIS in rural SA

In 2013 I had the honour of presenting in a concurrent session at the 12th National Rural Health Conference in Adelaide. In my presentation I gave an overview of the challenges of raising a child with multiple disabilities in rural SA. I was recently reminded of the event and it got me to wondering about where we were as a family at that time, how we’d got there and what we hoped for in the future. In 2013, the National Disability Insurance Scheme (NDIS) was on the cusp of rolling out in South Australia and there was a great deal of uncertainty about how it would or wouldn’t work.

At that time in our patch of rural South Australia there was very little in the way of support and services available for families experiencing the level of need that we did. We had spent all our daughter’s formative years being told that there wasn’t funding available for her level of needs and we just had to make do; and so, we hoped desperately that the NDIS would have the answer for us.

Our journey with the NDIS began in March 2016; at that time, we travelled two hours to our ‘local’ National Disability Insurance Agency office, filled with nerves, but also with cautious hope for our daughter’s first Plan Meeting. Hope turned very quickly to despair when we were told that the NDIS would not fund one of the major components of her support needs.

In June of the following year we got our fourth Plan in two years. This Plan did finally include some of the major things she needed, but in other areas her funding had been significantly cut.  Over the next 16 months we followed the systems set out by the Agency to address issues within the Plan, culminating in lodging an appeal with the Administrative Appeals Tribunal. In what felt very much like a Pyrrhic victory, at the end of this long battle, our daughter finally had a Plan that met most of her basic needs.

In addition to battling the sheer, overwhelming and at times dysfunctional bureaucracy of the NDIS, participants in the Scheme who live in rural areas fight a battle on another front. One of the principles underpinning the scheme is 'choice and control'. I have always wondered what ‘choice’ participants have … when there is no choice. By which I mean, in rural areas there aren’t the services available that there are in our capital cities; rural Australia doesn’t have the critical mass needed for a market driven scheme. Our first Plan included funding for support coordination. But, at that time there was only one service provider in our area who provided that support and she couldn’t take on any more clients. Our newest plan includes funding for specialist behaviour support. But, there aren’t any service providers in our region; which means accessing the supports from Adelaide, a journey of three hours.

All is not doom and gloom though. We are slowly seeing an increase in service providers in rural areas, leading to a very real move towards that notion of ‘choice’.  Service providers that hadn’t previously engaged in the disability sector are expanding their services and new service providers are popping up each year. Late last year, because of the growing supply of quality services, we were able to make the most significant choice in our daughters’ life. We were able to choose a new service provider for her supported independent living. Before the Scheme and under previous funding that would not have been possible.

So, while the journey for my family and many others is, at times, very difficult, I find myself once more looking to the future with hope. 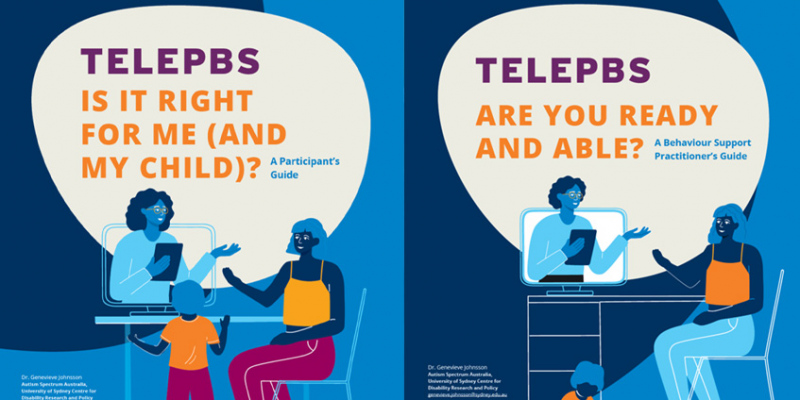 Access to behaviour support services for individuals with… Read more