Innovative program brings vitality back to the elderly

An innovative, evidence-based intervention program that seeks to reduce or arrest frailty in the elderly is achieving some outstanding results in the Murrumbidgee region.

The Vitality Passport Program, delivered by Back on Track Physiotherapy, focuses on developing a plan for participants for exercise, nutrition and cognitive-stimulating activity, in an effort to slow down the common problems associated with ageing.

The Murrumbidgee Primary Health Network (MPHN) commissioned Back On Track Physiotherapy to develop and implement a frailty intervention in 2015, with the service aiming to reach 500 participants in Deniliquin, Corowa, Griffith, Leeton, Narrandera, Tumut and Cootamundra.

Back on Track Physiotherapy’s Jeremy Carr says the program also seeks to decrease hospital and nursing home stays for those aged over 65.

“We try to do this, and to slow down the ageing process, by using a multifaceted program which includes exercise coaching, advice on nutrition, and cognitive training,” he said.

“The program actively promotes a positive culture change on ageing well with vitality by showcasing and delivering contemporary evidence-based interventions that allows participants to proactively apply interventions to improve their capacity to age well. It promotes the notion that seniors can build physical, cognitive and nutritional reserve that can improve their functional trajectory,” Mr Carr said.

Small groups of participants take part in the program, which Mr Carr says allow those involved to build a support network.

“Through these groups we have had participants join others for walking and exercise groups, catch up for a regular coffee check-in, and participate in other social and volunteer activities.

“Seniors who take ownership of the groups and facilitate others to join in in their healthy activities is terrific evidence of the sustainability of the program. It shows that not only have individuals made changes, but the community of participants have also changed their perception of their capacity to influence ageing well,” Mr Carr said.

A recent independent evaluation of the program conducted by researchers at the University of Notre Dame Australia found that both clinical data and patient reports suggest the program has been successful in achieving its goals.

For participants who attended at least two or three follow up appointments, there was a significant reduction in frailty measured using the Edmonton Frailty Score. Mr Carr says participant feedback had provided the team with great encouragement.

“One of the most heart-warming stories we’ve heard is that of a participant from Holbrook, who was dependant on a four-wheel walker when she started the program,” Mr Carr explained.

“She progressed to using a walking stick, and is now able to walk completely unaided, purely due to an increase in her confidence in movement and a greater participation in physical activities.

“This is just one of many success stories we have heard, and it provides us with real motivation to continue to play our part in improving the lives of the older people in our communities,” he said.

The Vitality Passport Program’s success was also recognised at the 2020 Murrumbidgee Primary Healthcare Awards, with the program taking out the ‘Promoting Healthy Living’ award.

“The Vitality Passport Program is a holistic and multi-disciplinary approach which has provided participants with both improved physical and mental health while also improving social connectedness. Importantly, the program has improved access to services that support positive ageing in our regional and remote communities,” Ms Neal said. 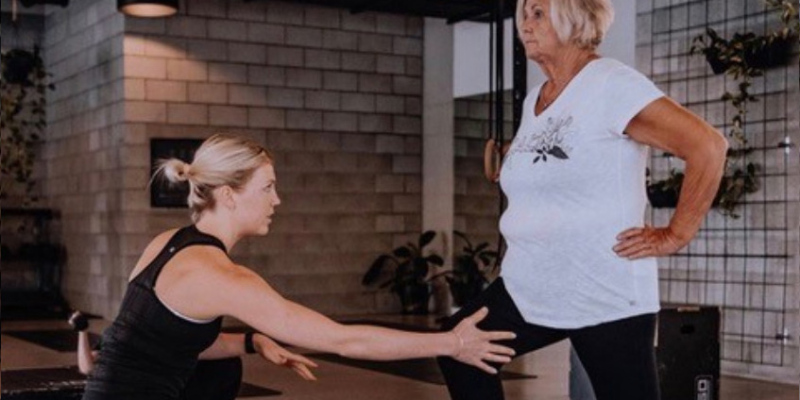