By
Peter Waterman
The Pharmacy Guild of Australia
Issue
67

Flannery’s Pharmacy in the rural New South Wales town of Forbes has been named the Guild Pharmacy of the Year 2019.

The Guild Pharmacy of the Year Award, conducted annually by the Pharmacy Guild of Australia, recognises pharmacies that are leading the way in providing innovative and optimal healthcare for members of their community.

The awards were presented by the Minister for Health, Greg Hunt, at the Australian Pharmacy Professional conference on the Gold Coast in March 2019.

A spokesperson for the judging group, pharmacist Nick Panayiaris, Pharmacy Guild of Australia National Councillor and President of the South Australian Branch of the Guild, said Flannery’s Pharmacy was an exceptional example of the pharmacy of the future.

“The pharmacy’s excellent business operations and its investment in its people has established a great working environment with a strong emphasis on delivering a wide range of professional services to the community,” Nick said.

“Its refurbished design provides consulting space for other health professionals to provide services to the community from the pharmacy.”

The National President of the Pharmacy Guild of Australia, George Tambassis, said Flannery’s Pharmacy was a great example of a pharmacy’s commitment to the community.

“The pharmacy is dedicated to the people of Forbes and surrounding areas and has invested to secure its future and the future of the services it provides it patients and customers,” he said.

Rural doctor shortages in the Forbes area have resulted in residents of the town and surrounding areas often using Flannery’s Pharmacy as their first point of call when needing a health professional. Co-proprietor Sarah Hazell said the local doctors now appreciated the role pharmacists played in helping get the best outcomes for these patients.

“We have good relations with our local GPs,” she said.

“In the past they may have been a bit annoyed as they might have thought we were trying to take over some of their services but they now realise that we are helping them and that we always refer to the doctors when we need to.

“Our acceptance by our doctors was reflected in our vaccination program; we had no opposition at all from GPs when we introduced it.

“The doctors can’t keep up with demand for their services so we are just helping them meet the needs of the community.”

The pharmacy has had  a major refurbishment. As part of this work the pharmacy now has four consult rooms available for patients.

“We have three professional consult rooms and two of these are used mainly by our pharmacists, interns and nurses”, Sarah said.

“The third room is what we call our Gold Standard consult room and has been built with a bed, curtain, sink and consulting desk. It is used widely by other health professionals including visiting podiatrists, physiotherapists, speech therapists, audiologists, occupational therapists, and diabetes educators.

“The fourth room is our community room. The idea behind it is that, being in a rural area some of our patients may drive up to 45 minutes to come to us and if, for instance, it’s a mother with a baby,  this room is somewhere she can change and feed the baby.

“We’re very positive about the future of pharmacy”, Sarah said.

“We love our professional services and our involvement in helping to improve the health of our community and I think that can only grow with new services that pharmacists can provide. There is a lot of positive change coming through the profession.

Sarah also stressed that the future depended on looking after the pharmacy’s staff.

“Our team members are essential in delivering our goals and vision. Having the right people in the right roles is crucial to our pharmacy’s success.”

The Guild Pharmacy of the Year is an initiative of the Pharmacy Guild of Australia, sponsored by principal sponsor Care Pharmaceuticals and sponsor Quality Care Pharmacy Program (QCPP) 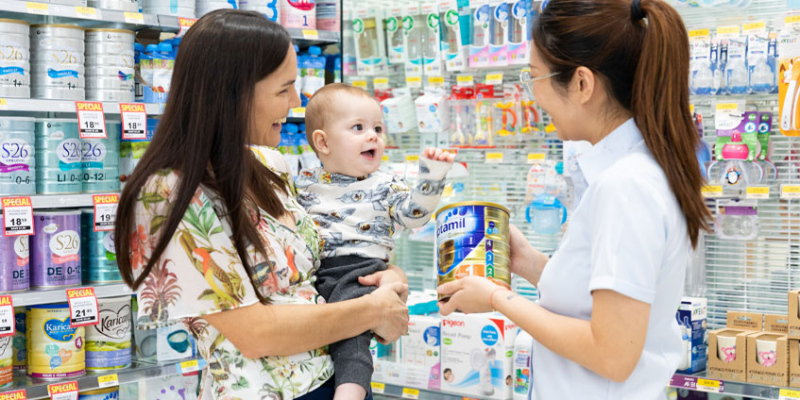 Thank you to community pharmacists and pharmacy assistants

By The Pharmacy Guild of Australia