A creative focus on mental health 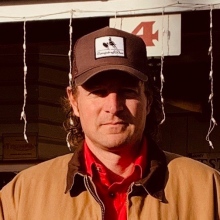 'When I first started writing songs as a teenager I was grasping at thin air. Now I realise that great stories which inspire great songs can give us hope in the darkest of times, make us feel like we’re not alone and in doing so bring us all together to share our common humanity. What could be more healing than that?'

Writing songs for Small Town Culture projects has always been about collaborating with people in the community. Along the way I have loved meeting people and creating new friendships in each town I visit.

Another aspect that I love about my work is the stories. Once people feel comfortable and the creative process begins, they really start to open up and tell me about their lives.

This month I have been involved in two projects that have really highlighted the importance of how a great story can shape a song and film production as well as shed some light on the importance of mental health and aid recovery.

‘Build em Up’ was written in collaboration with Friends of the Alliance and contributions from people in rural and remote communities around Australia. The idea of the song was to create awareness about mental health in rural and remote areas while focusing on the resilience and fighting Aussie spirit of people who live in the country. The song lyrics were inspired by stories and poems sent to me via email and social media.

During this COVID-19 pandemic everything was done online. While I would prefer to write a song with the participants face-to-face, in some way this online process helped people open up a little more then they would if they were in a room full of people. Even if an idea did not make it into the song, I believe that the process of creating poetry and telling me about their experiences would have been therapeutic. In the end the heart of the song was inspired by all the contributions but I would like to share one story with you.

Sandy owns a corner store at a little town on the Highway called ‘The Gums’ where there is a school, a hall, a church, two silos, four houses and Sandy’s store. People from properties and highway travellers rely greatly on the store for fuel and their groceries. However, the locals rely on Sandy for much more than this. In the last few years farmers have faced record breaking drought and then the bushfires. Through this time Sandy has been a willing pair of ears and a shoulder to cry on for these locals. She sees it as her role in life to make every person who walks through her doors feel better when they leave.

The pandemic caused Sandy a lot of fear and pressure to close her doors. In the end she decided to stay open for the people, for the locals who are so close to her heart.

Now if this story could not inspire the song writer and poet in me then I reckon I would have needed to look for another job.

So, the song ‘Build ‘em Up!’ grew from this story and I am so proud of the end result.

My second project this month is a song called ‘Tomorrow there’s a Sunrise’ which was written in collaboration with the residents at the Toowoomba Drug and Alcohol Rehabilitation Centre, Sunrise Way. Again it was the stories that inspired the powerful messages of struggle and hope in this song. I met some courageous, kind, and openhearted people throughout the Sunrise Way journey. Some of them were at times unwilling participants who realised that by telling their story they may be able to inspire change in others and potentially save lives.

“These people inspired some of the most powerful song lyrics I have ever put down on paper and will always be close to my heart. “