Country kids are missing out on essential health services

More News
A journey from hope to despair and back again: the NDIS in rural SA
Aboriginal kids on country
High quality maternity services are needed in the bush
Supporting children when disaster strikes
“A 24-weeker was born today” – parenting a premature infant in a rural area

Over the past 18 months Royal Far West, with partners Charles Sturt University and Nine Australia Community Media, travelled across regional New South Wales, meeting with hundreds of parents, teachers, health workers, and community leaders to discover the daily challenges faced by country Australians as they seek to find the best supports for their children.

The health statistics for country kids are daunting. Children in remote Australia are five times more likely to suffer developmental problems compared to city children, and one in three country children are unable to access the health services they need.

Poor access to health services for young children means that as they grow older, they are more likely to end up homeless, unemployed, incarcerated, and with personal relationship difficulties. The effects of such disproportionate levels of disadvantage are compounded due to poor access to appropriate services, such as allied health services and paediatricians.

The stories from country parents and others working with country children revealed: frustratingly long waiting lists; irregular appointments; and families travelling long distances to get help and paying high out-of-pocket costs. Families also found no support to navigate the health system and confusion navigating the National Disability Insurance Scheme (NDIS). There were impacts on parents’ mental health. The investigation also found that there is a high turnover of clinical staff and that school teachers are bearing the brunt.

These stories were compiled in a report, Stories of the invisible children, which was launched in Parliament House, Canberra, in February 2019.

The report recommends a new approach to enhance remote access to health services and developmental outcomes to improve the lives of thousands of country children, making a case for additional investment in rural and remote children and their families. In particular, it highlights the positive impact that telehealth is making on bridging the gap between country and city communities, and calls for significant government funding to be directed to telehealth services.

“We know that investing in the early years is the best possible investment. Country families are clearly frustrated with complex systems, long waiting lists and expensive services. As a caring country, we must do more to support these families who are the backbone of our nation.”

Minister for Senior Australians and Aged Care and Minister for Indigenous Health, Ken Wyatt AM was guest speaker at the launch. He said:

“The issue is we have to make every other colleague in this place aware as well, because unless the policy and lawmakers of this nation take into consideration the issues that you have identified as very critical issues in this report, then we will not address them. Because our eyes will not be gazing upon the invisible”.

The project found that rural children are missing out on vital developmental health services, which leads to issues such as speech difficulties, conduct disorders and mental health conditions, and that screening and early intervention via telehealth for children aged 3-12 proved effective in preventing or mitigating these health issues

April 2019’s Federal Budget announced that $19.7 million in funding would be provided to deliver Project Catalyst. 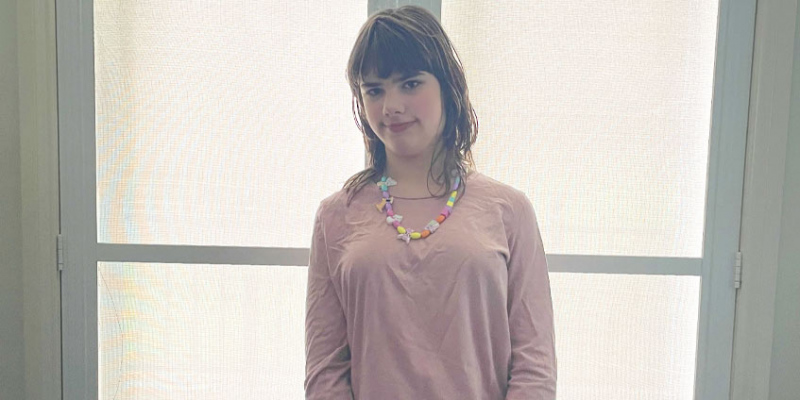 The power of connection for teenagers with chronic illness

Georgia is a 15-year-old who loves making new friends. She… Read more