Cooee – we are “Better Together”: a song of a Conference

It is exciting and daunting to commence the composition of a song from scratch knowing that in three days you will be leading a performance of that song in a concert hall with a dedicated choir behind you and an attentive audience.

Throw in the added pressure that a song named after the conference theme Better Together! could have a lasting impact and potentially be used as a future anthem for the plight of rural health, then I say… bring it on!

As part of The Outback Fella and Small Town Culture production companies I am employed by schools, councils and regional community groups to write an original piece of music for their organisation then professionally record the song and produce an accompanying music video. This all happens over about four days and, usually, an entire town or school is holding their breath on the result of this song and production.

At 12:30 on the opening day of the 2019 National Rural Health Conference I met a wonderful group of delegates who would become my co-writers and the Conference choir. The members of this group were from all different corners of Australia and worked in a variety of fields in the health industry. They were passionate about promoting health services and, in general, very positive about the future.

Over the next three hours we brainstormed ideas for our song built on the central theme of Better Together! until at about 2pm, someone mentioned the iconic Aussie call of the wild ‘Cooee’…and we had our hook!

‘Cooee’ has been widely used, predominantly in the Australian bush, to communicate and let each other know their location. The word originally derived from the Dharug people who were the traditional inhabitants of the Sydney region. The cry was then used by the ANZAC diggers in the First World War.

So for our song the word ‘Cooee’ was used as a calling. A calling for people in rural and remote areas to band together for the plight of health in the bush. A calling for decision makers to support, nurture and fund health needs in regional areas. Cooee….let’s unite to make things Better Together!.

By 3:30pm we had composed the melody using the ‘Cooee’ as our song hook, then wrote the chorus and first verse of the song. The group of delegates really embraced the sometimes tedious process of song writing. By the end of the day we were so proud of what we had achieved.

The following day I made the trip 50 minutes south west of Hobart to Dunalley State School. There I met a choir of students who were extremely enthusiastic about taking part in the journey of this song. After learning the chorus the students helped me write the second verse of the song.

On day three I travelled to the small community of Risdon Vale 25 minutes from the Hobart CBD. As on the previous day, the school’s choir took up the challenge and helped create the third verse of our song.

The journey was almost complete.

Each morning I rehearsed with the Conference choir which almost doubled in numbers as the anticipation grew towards our performance.

Then on final day of the Conference we took to the stage with each group responding to the call of ‘Cooee’.

The two school choirs and the Conference choir sang Better Together! with me in front of a wonderful audience who not only listened intently to the song we had created but joined us for the final chorus.

The 14 minute performance of this epic song journey received a standing ovation which was an incredible experience for the three choirs and me.

And this is just the beginning for the song Better Together!.

In January 2020, ‘The Outback Fella’ team will be touring Texas USA through small towns and schools including a real Texas ranch, a livestock show and Fort Worth Rodeo, and you are invited! This is an opportunity to jump on the tour bus, meet some real Texas locals and visit Memphis, New Orleans and Austin along the way. To express your interest in being a part of this tour email: [email protected]

Below is the recently produced studio recording of the song. 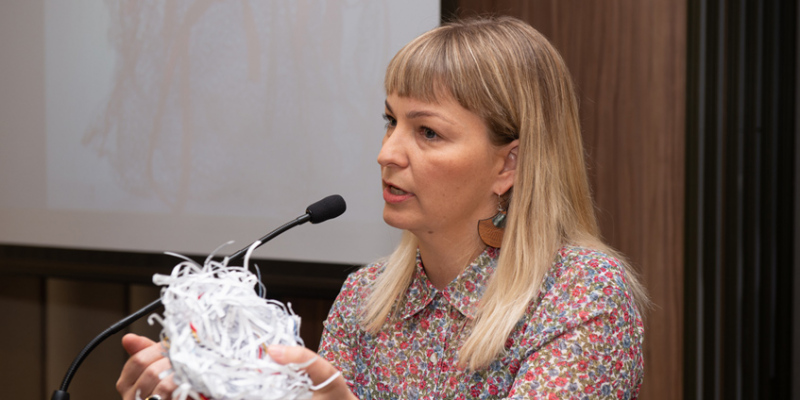