Camping on Country - our health our way

The Camping on Country Program is enabling Aboriginal and Torres Strait Islander men to be leaders in their own health and wellbeing. Through five-day camps on country the program is focused on improving the health of men living in remote Australia by engaging them with culture, hunting, cooking, social emotional wellbeing, yarning circles and creating a safe space for them to heal and open up. The men are also able themselves checked out by a local Aboriginal Health Worker. For many participants it’s been their first health check in years.

Camping on Country has been running since February 2019 and has already produced five camps with around 30 men attending each camp.

Ernie Dingo is the driving force behind the Camping on Country program and is the Ambassador and attends every camp to inspire and encourage the men.

“I’ve been in Film and TV for 40 years and I reckon that’s enough. It’s time to use my name and experiences to give back to my mob.

"We all know the appalling stats around our men’s health and that’s why this program is so important to me. We need to bring back the authority of the Lore bosses and elders and reinstate that dignity and authority especially among the younger men.

"Our camps place the elders as the experts in their own community and their own health journey.”

A video message stick is produced during the camp, which acts as an advocacy tool for the men’s group to target funding for their own specific health issues. The camps run like clockwork with the health and culture program unfolding naturally over the five days.

Being on country with the fire and the hunting and the community cooking creates a natural bond between the men. The clean air and water, the birds and animals and the constant storytelling create safety and trust and intimacy. A brotherhood emerges where elders talk with younger men and share wisdom and without drugs, alcohol, wifi, phones, TV or music or any digital distractions. It isn’t long before everyone is immersed in the healthy, culturally rich camp atmosphere.

Queensland’s first Indigenous psychiatrist, Dr Derek Chong, recently attended one of the camps to deliver a workshop with the men and wasn’t surprised to see the success the program is having. He’s been working in Indigenous health and trauma for 30 years and has seen many programs come and go.

“This program succeeds because it’s run by blackfellas for blackfellas. It happens on country. It happens with culture at the centre. It’s based on thousands of years of successful healthy living and Lore.

“We are busy social humans and have forgotten the power of nature and human connection; the healing power of the fire, of hunting, of ceremony and simple acts like cooking and eating together. All these things combine to create wellbeing and safety and connection.

“That’s why the men are lining up to get their health checks because they can be creative. We are born to be creative and to have purpose and that’s what these camps do -they give our men purpose.”

The goal next year is to set up community controlled Camping on Country hubs that service cultural blocks in remote Australia. The hubs will work in partnership with Aboriginal Community Controlled Health Services (ACCHOS) and other community-based stakeholders.

Camping on Country is funded through the Department of Health. The Program works with Aboriginal community controlled health services and the George Institute to track its impact and is managed by BushTV Enterprises. 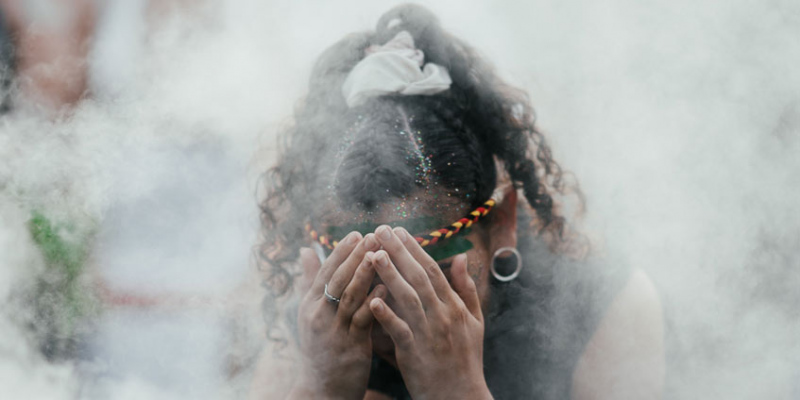