Break it Down: community conversation around mental health

A young girl from Walgett paddles alone down a silent river, ancient trees rising up to the sky around her. Her voice tells us what it is like to live in Walgett, the challenges of a small town when kids get bored and how drawing lifts her spirits when she is feeling down, “you need to be a fighter, keep your head up.” The video is beautiful, raw and entirely absorbing.

This is just one of many stories captured and shared as part of Break it Down: community conversations around mental health, a program funded by the Western NSW Primary Health Network (WNSW PHN) and run by Desert Pea Media.

The Break it Down project is best described as a series of connected and meaningful conversations, creative workshops and content development that addresses local issues, celebrates culture identity and encourages openness about mental health. Two workshops involve writing and producing a song and music video and producing a short film that tells the story of local people and place.

“We knew that a different approach was needed to address mental health in Indigenous communities. Finding a culturally safe way to have these conversations with young people is so important and Desert Pea Media’s unique program has enabled this,” said Andrew Harvey, CEO Western NSW Primary Health Network.

Break it Down workshops follow a service model developed by WNSW PHN and delivered by Desert Pea Media to acknowledge both the realities of a social situation and the possibilities for change. Conversations explore the real - what is happening in the community; the ideal - what would the community look like in a perfect world; and finally the bridge - how do we get from where we are now to where we want to be? Each conversation also produces a resource that can be used as an ongoing support tool for participants including contact and service information.

The project began in October 2017 with workshops being held in in Cowra, Condobolin, Bathurst, Orange, Walgett and Wellington until April 2018. Beyond the workshops, Desert Pea Media’s crew craft these stories into lyrical masterpieces.

The project benefits many beyond the workshop participants. The stories, songs and videos present positive images of local culture, pride and identity that are shared with family and members of the community. You can’t help but be moved by the stories and the courage it has taken to share them.

“Desert Pea Media came to Condobolin to engage our youth in a discussion around mental health. They began by acknowledging Wiradjuri country and the elders who were present. Each person introduced themselves and everybody was encouraged to share as much as they wanted. The children were able to voice their ideas in a welcoming and safe environment. This brought about the words that were used in the lyrics of their song. Next it was time for recording and shooting the video. This bought loads of energy and creativity. Children from primary school to high school and even the adults present learnt about mental health, the brain and general wellbeing… This initiative definitely added to our community and those involved have been walking around town with their heads held high...” Marion Wighton-Packham, Condobolin 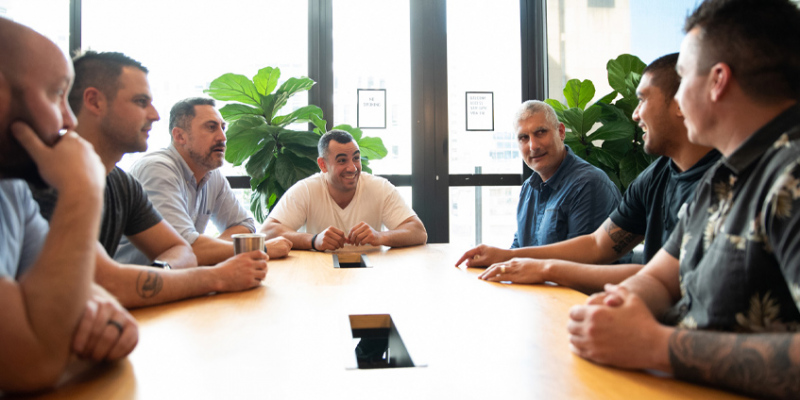 By The Banksia Project