Three rural doctors have been recognised for their mentoring of rural medical students who hold scholarships in the Rural Australia Medical Undergraduate Scholarship (RAMUS) Scheme.

Neil Africa is a General Practitioner from Torquay, Victoria and has been a mentor with the RAMUS Scheme since 2014. He was nominated by brother and sister RAMUS scholars Jessie-Anne (2016 Graduate, Monash University) and Matthew Kenworthy (3rd year, Notre Dame University).

Jessie-Anne and Matthew have known Neil for 6 years and nominate him “with great enthusiasm and no reservation. Neil has been an invaluable mentor to us. He has guided us through the joys and challenges of studying medicine and has been the person we endeavour to be like in our practice of medicine.”

Matthew explains that, “it is the way he individually cares for each of his patients, taking an interest in their own lives and individual experience to ensure their optimal care that we most admire.”

Jessie-Anne adds, “He is a perfect role model who provides client centred care, and shows a lot of passion in his daily work. I am so proud that I was successful in graduating and I know that I owe most of my success to the support and encouragement that Neil has given me. I would love to be a rural GP like Neil as I have learnt the rewards that a GP can find in supporting clients in rural areas.”

In his nomination, Daniel said, “Anna has enriched my understanding of the Australian healthcare workforce and increased my prospects for skilled work in the near future. Her passion for regional and rural health has nurtured my interest in medical education and my decided future to work in rural areas of shortage in Australia.”

In her nomination Caitlin said, “Having known Clare from home, I made no hesitation in asking her to mentor me. Her constant support and motivation is. She has helped me to be a balanced student and taught me that I don't have to be the best so long as I try my best. Clare is the epitome of the type of doctor I hope to be when I graduate; highly respected, well liked and a vital part of her rural community.”

Under the RAMUS Scheme, all scholarship holders have a rural doctor as a mentor throughout their scholarship. The annual RAMUS Mentor Awards are based on nominations by RAMUS scholars and recognise and celebrate the rural doctors making outstanding contributions as mentors in the Scheme. 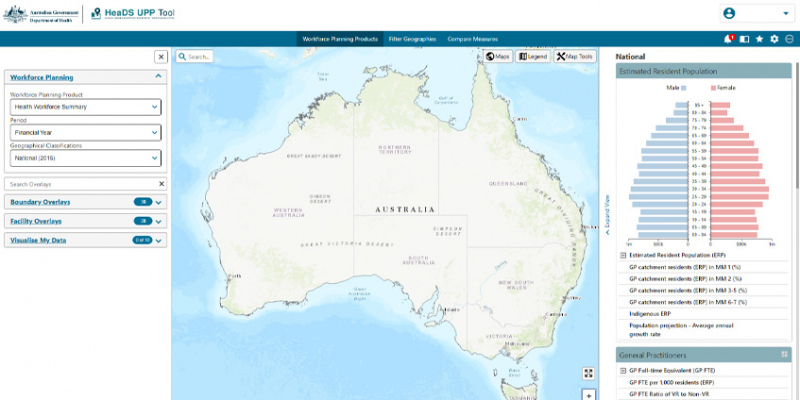 Using technology to report on GP services across Australia

This issue of Partyline’s theme of ‘technology, innovation and… Read more