Addressing rural and remote health at the National Press Club

On 22 November 2016 the National Rural Health Alliance held a National Press Club Address on ‘Fixing rural and remote health’ and announced five key priorities to set the future direction of the Alliance.

The Alliance had hoped to present to a national television audience via live broadcast from Sky and ABC News 24, however Prime Minister Turnbull diverted the press’ attention on the day so it was an intimate audience of 209 National Press Club attendees that witnessed the live address.

Each speaker used personal experiences to highlight the disparities between country and city, and Indigenous and non-Indigenous people, when it comes to access to healthcare, delivering health services and, ultimately, health outcomes for rural and remote people.

Geri Malone challenged the depth of our nation’s and our politicians’ affinity for rural and remote Australia.

“They like to romanticise the lifestyle, reinforce the myths and promote the romantic images of the bush. I suggest that that connection is superficial. Scratch the surface and the actual investment in services be they health, education, communications and business is tokenistic at best.”

Janine Mohamed, spoke of the importance of culturally safe practice and of supporting the right of Aboriginal and Torres Strait Islander women to birth on country, surrounded by family and community. She also called for governments to consider the “obscene” amount of time and effort the Aboriginal health sector spends on arguing for funding renewal.

“This diverts frontline staff from their jobs and I can tell you is a killer for job satisfaction. It also sends a terrible message to our workforce about their own job security and value.”

Martin Laverty said that the rural health sector had been “tired into passive acceptance of the stunning difference in life expectancy and quality of life between city and bush.”

“Pick a statistic. Any statistic. Health outcomes and health access is worse in the bush than city.”

Martin suggested that the role of the yet-to-be-appointed Rural Health Commissioner should include addressing the social determinants of health, workforce distribution issues, flexibility for primary care access and a greater investment in illness prevention. 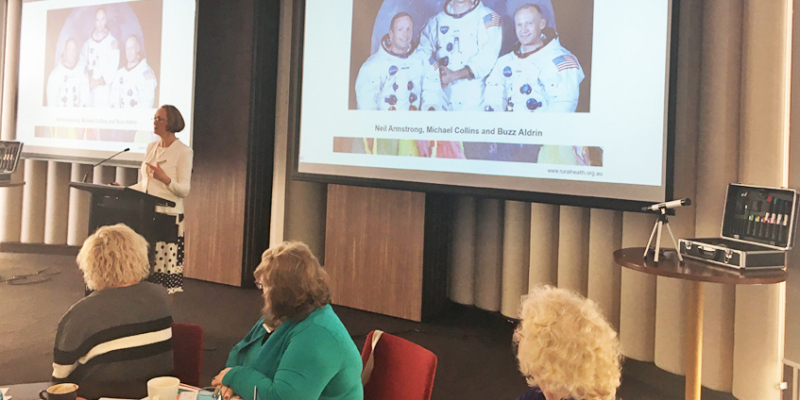