The 35-year learning journey of a proud non-Indigenous ally

Neil Drew was born in Sydney but spent most of his early years in Papua New Guinea, where his father was chief pilot for a light aircraft company based in Lae. He attended boarding school at The Southport School in Queensland. To his parent’s dismay, he did not complete his formal high school education, leaving (dropping out) in year 11. Over the next few years, he had a variety of jobs from Pizza Hut cook to clerical assistant at Greenslopes Repatriation Hospital in Brisbane, until he was granted a mature-aged entry to James Cook University in Far North Queensland. From 1980 to 1983 he studied psychology, graduating with honours in 1983.

In 2005, he worked with community leaders in the far-north Western Australian remote Aboriginal community of Oombulgurri, a Stolen Generations community formerly known as the Forrest River Mission. They developed the Wundargoodie Youth and Community Wellbeing program to address the tragedy of Aboriginal youth suicide. The program, led by senior Aboriginal community leaders Colin and Maria Morgan, and wholly funded by the Gelganyem Aboriginal Trust, focused on supporting the ‘natural helpers’ in community. Natural helpers are the crucial, vast, under-recognised and overburdened de facto health workforce; the crucial bridge between those in need and the services that may address that need. It was during this time that he fully realised the importance of ‘living and learning together’ as a non-Indigenous ally.

In 2014, he was invited to accept the role of Director of the Australian Indigenous HealthInfoNet. During his time at the HealthInfoNet it has been his aspiration and passion to provide information and support that is timely, accessible and relevant to everyday practice of the often time-poor Aboriginal and Torres Strait Islander health sector workforce, including natural helpers. He has overseen the HealthInfoNet shift from being primarily a clearing house to a centre of excellence in knowledge exchange research.

Now, as part of its digital evolution strategy, the team at the HealthInfoNet produce a wide range of health workforce support products that summarise, synthesise and analyse the available evidence-based information into bite-size chunks that are easily digestible. These include an annual overview of Aboriginal and Torres Strait Islander health status, plain language health topic reviews, short films, animations, infographics and webinars.

Neil’s role at the HealthInfoNet has provided him a privileged opportunity to pursue his determination to make a positive difference to the health and wellbeing of Aboriginal and Torres Strait Islander people throughout Australia. He remains acutely aware of, and is extremely grateful for, the guidance, mentorship and friendship generously offered by so many people in his journey from a skinny kid growing up in New Guinea (before the introduction of TV) to Director of a unique centre of excellence, supporting the Aboriginal and Torres Strait Islander health sector workforce through Australia. 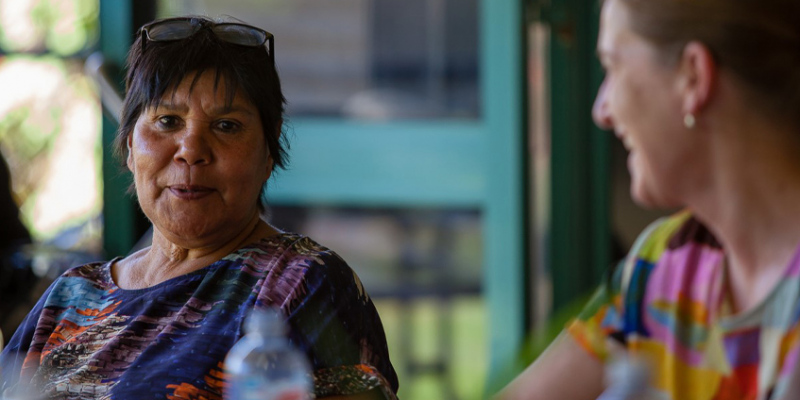 Driven by ‘what good looks like’ in very remote health