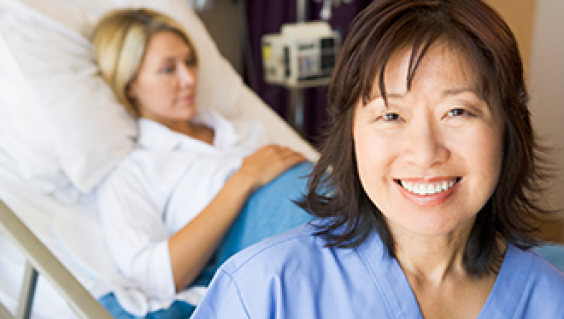 It slid silently onto the web; there was no fanfare or fancy formatting for the first annual report on the National Maternity Services Plan (NMSP).

An initial reading suggested this low key approach was all too appropriate. There isn’t much new news in the Report and the careful language makes one wonder just what is actually happening. Ideas are “currently being explored”; matters “will be progressed”; “a report will be provided”.

There is some more defined information, but much of it relates to activities rather than outcomes. Specific work is mentioned, some of it showcased in the boxes that highlight what’s going on in each jurisdiction. However, the descriptions are necessarily very brief and the wording is often vague. The name of the program/project or the lead agency (it’s not always the Health Department) isn’t always given.

So the reader who wants to find out what has happened on the ground in the first year of the Plan’s implementation may be disappointed. The cynic who recognises that quite a lot of the programs were in place long before the Plan was developed will be resigned.

Yet we should all be excited and encouraged by the Report. Dull it may be, but it points towards the resolution of a dilemma that besets more than maternity services in Australia. How refreshing to have a National Plan developed by the Federal Government, even though it explicitly acknowledges it has little role in planning or running most of the services through which it will be operationalised! That work has to be carried out by eight other governments that work in very different political and geographical environments. Given the seemingly inevitable tensions in the relationships between the federal and other jurisdictions, perhaps we should marvel at the fact that the Plan was endorsed by all of them, rather than cavil at shortcomings of its first Report.

The uneven list that appears under each of the four headings – access, service delivery, workforce and infrastructure – is probably the result of trying to combine information from diverse sources into a document that acknowledges work going on at different levels in different places. The Plan and the Report both point out that the Plan presents a framework for both new activities and those that build on successful work already in place, though the potential of the Plan to add value to this work by increased collaboration and cross-fertilisation between various activities could be more strongly emphasised.

The focus on activities rather than outcomes reflects the Plan itself. In any case, it would be unreasonable to expect outcomes so soon. Indeed, given that it is being implemented through so many strategies, attributing outcomes to it will always be problematic.

Yet it is tantalising to see glimpses of useful data on which the curtain closes too quickly. For example, it is great that the Pregnancy, Birth and Baby Helpline received over 20,000 calls in its first year of operation, but it would be good to know how many of them came from the women and families in rural and remote areas whose needs are a particular target of the Plan. Rates of domestic violence, alcohol and tobacco use are often higher in non- metropolitan areas: what can the Queensland universal screening programs tell us about these matters? Who is engaging in the Victorian Pregnancy Care and Maternity Education Program?

Obviously the Report is not the place for detailed information about particular programs, but it would do more justice to what is going on if its list of activities was expanded, where possible, to include actual achievements.

The results of the current evaluation of the six components of the 2009 Budget Package (MBS and PBS benefits for certain services provided by eligible midwives, professional indemnity for privately practising midwives, expanded maternity services through MSOAP, scholarships for midwives and procedural GPs, the national pregnancy helpline and measures to support research, data collection and national guidelines) won’t be known till 2013. However, some of the ongoing programs mentioned in the Report - MSOAP and the Specialist Obstetrician Locum Scheme (SOLS), for example - have been evaluated and a brief reference to their presumably positive conclusions would be helpful.

The simple step of adding an appendix giving the full name of programs/projects and initiatives and links to the major websites would make the document more useful. Distinguishing between initiatives stimulated by the Plan and the pre-existing activities that are now integrated under its aegis would silence the cynic and reassure the rest of us that we are building on a solid base of confirmed progress.

This Report is a record; it doesn’t purport to be an analysis. However, it is to be hoped that future reports may benefit from a more in-depth account on a theme or two. For instance, with workforce shortages probably the most crucial issue for rural and remote maternity care, a section devoted to the many welcome strategies to support and increase the number of rural midwives would be highly relevant.

This is more than just carping on relatively minor presentation issues. Technically, the Report is to the Australian Health Ministers Conference, but it could and should also be a tool to enhance the constructive and informed contribution of all stakeholders to the roll- out of current health care reforms in general and the direction of their Medicare Locals and Local Hospital or Health Networks in particular.

If you would like to respond to this opinion piece or provide further information on this topic, please leave a comment below or email [email protected]