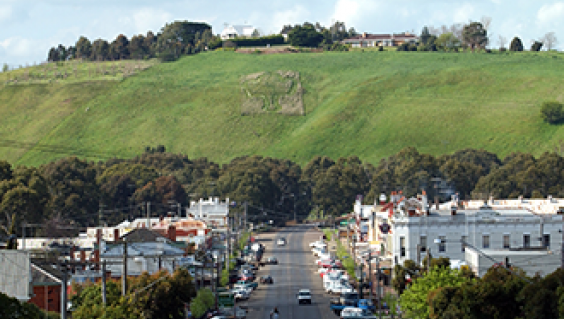 It is said that if one were to lay down every economist, end on end, they still would not reach a conclusion. It is therefore to the credit of the Federal Government that it has succeeded in communicating to all of us - including economists - that there is a structural problem with Australia's economy. In simple terms, government spending and taxation revenue are out of kilter.

To fix this problem, all eyes are - for now at least - on the Abbott Government's Commission of Audit. Submissions have been made and public hearings held. (The Alliance made a submission to the Commission of Audit itself and one to the Senate Select Committee Inquiry.) But still there is little clarity about what changes might be on the cards and this is likely to remain the case until the first decisions are rolled out in the Federal Budget in May 2014.

However some clear signals of the Government's intended direction have been given. Its recent decision not to provide $25 million support to Shepparton’s SPC-Ardmona factory is a signal both of industry policy and its approach to regions and their development. The Shepparton area already has more than its fair share of disadvantage but the message seems to be that regional centres, like outmoded industries, should look after themselves.

'Regional development' is an intriguing notion, implying that place-based policies might be used to underpin potential growth in a particular region. Perhaps it might be used as well to ameliorate some of the adverse impacts on people and businesses in regions suffering decline.

One thing is certain: some of the disadvantage experienced by people in Australia is attributable to their location. Their disadvantage is place-based. And many of those in Australia who are most disadvantaged are in rural, regional and remote areas. Among other things they have an unfair share - a deficit - of basic resources such as income, work and access to essential services and infrastructure – and one could add, an unfair share – or surplus - of the impacts of natural disasters.

It is for such reasons that, in its submissions in relation to the Commission of Audit, the Alliance has sought 'special dispensation', as it were, in savings and taxation measures for businesses and communities in rural and remote areas.

This needs to happen so that distance does not determine destiny.

The recent report from the Prime Minister on the Government's Closing the Gap work reminds us of how unfairness can be linked to location. Life expectancy for Aboriginal and Torres Strait Islander people living in outer regional, remote and very remote areas is three quarters of a year less than for those living in major cities and regional centres. In 2013, only 31 per cent of Aboriginal and Torres Strait Islander students in very remote areas met or exceeded the national minimum standard for Year 9 reading, compared with 81 per cent in metropolitan areas. .

Only 38.5 per cent of 20-24 year-old Aboriginal and Torres Strait Islander people in very remote areas had a Year 12 or equivalent qualification, compared with over 68 per cent in inner regional areas. Mainstream Indigenous employment rates are much lower in very remote areas.

Significant locational disadvantage is not restricted to Aboriginal people and Torres Strait Islanders. Overall poverty rates are higher outside capital cities, and remote areas have a higher proportion of low-income families with children, and of the long-term unemployed.Young people in rural and remote areas are less likely than their city counterparts to complete high school and commence higher education. Unemployment rates outside the capital cities are higher, and people living in rural areas have access to a narrower range of employment and career options and poorer levels of job security, attributable in part to climatic risk.

A higher proportion of people in rural and remote areas rate their health as only ‘fair’ or ‘poor’, and the prevalence of avoidable mortality (ie death which could have been avoided either though a healthier lifestyle or with better access to primary care) is higher in rural areas and much higher in remote areas. The availability of almost all types of health workers is lower in rural and especially remote areas, and access to medicines and advice about them is poorer. Rural and remote areas have a lower proportion with private health insurance for hospital cover.

People in rural and regional Australia are more likely to experience housing stress and have poorer access to the Internet. Food and fuel costs are 10-20 per cent higher in rural and remote areas, there is limited access to public transport, and lower rates of participation of children in school activities and outings.

Despite all of this, people in rural areas score better than their major city counterparts when it comes to indicators of concepts akin to happiness. The prevalence of participation in voluntary work for community organisations is higher outside major cities.

This reminds us that in so many respects, life in rural Australia is among the best in the world. But some of the businesses, communities and families of rural and remote areas are among the most disadvantaged and vulnerable in Australia.

It is to be hoped that these issues are borne in mind by the Commission of Audit when it makes its recommendations, and by those charged with action on them. Special consideration should be given to the impact of any proposed service cuts on the people who live in more remote areas.

In seeking resolution of the structural budget situation, there needs to be an appropriate balance between savings (service cuts) and revenue (taxation) measures. Cuts to essential services impact most heavily on people who are already vulnerable, whereas progressive taxation does not.

National action on the budget situation must not merely permit, but actively encourage, the better distribution of resources and life opportunities which is necessary to provide greater equity for country people.