A mandate is a two-way street 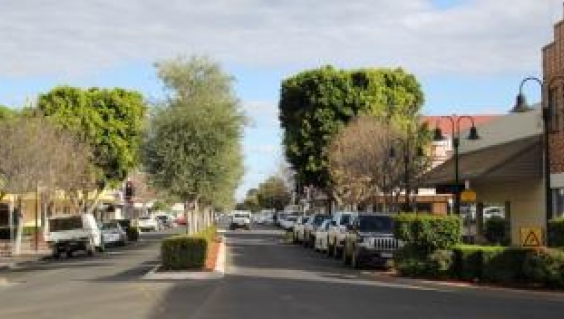 Much has been made in the Election campaign by politicians whose parties seek to form the next government of the notion of 'a mandate for change'.

The principle the politicians focus on is that, having said they intend to change a tax rate or provide additional funds for dementia research, if elected to government they have the right to proceed.

The principle that citizens prefer to focus on is that if politicians say they intend to do certain things then, assuming they are elected, they have a responsibility to proceed. Winning a mandate means accountability as well as permission.

Thus it is that politicians are, quite appropriately, becoming more precise and more cautious about the commitments they make. The caution or the fine print may include riders such as "subject to advice we receive" or "when fiscal circumstances permit". There is very good sense in making a change only when it can be afforded in the national interest, but such riders as these provide almost carte blanche to postpone, even indefinitely, a promise made. Advice to politicians may be heeded but not revealed, and the Government will always be able to say they know more about the real fiscal circumstances than their citizens.

The search for an unencumbered commitment relating to their own concerns is why all people and groups with a vested interest, including the NRHA, are active in an Election campaign. In the case of the NRHA, what we seek are specific commitments, guaranteed in time and in level of financial support, which can help put right the injustices and inequities relating to rural and remote health.

This time around, the Alliance has chosen to engage in this exercise with an Election Charter and an Election Scorecard. The Charter is a description of seven areas in which we believe the next government can act to improve the state of health and wellbeing for rural and remote people. In each of the seven areas the Alliance is asking politicians to commit (yes or no) to five specific questions.

The ALP has formally responded by indicating that it accepts the commitment to all 35 points. The Greens have also fully committed. As yet no response has been received from the Coalition.

The fact that such work is being done in an Election campaign by advocacy bodies is the reason why every utterance - particularly from the Prime Minister and Opposition Leader and their official Ministerial and Shadow Ministerial spokespersons - is carefully scrutinised and squirreled away for potential future use. Where health is concerned the National Press Club 'debate' will continue to be analysed and re-analysed for things to which the next Government can be held accountable.

The Coalition has published a policy document on health and there have been some statements from Tony Abbott and Peter Dutton relating to issues addressed by some of the 35 questions on our agenda. However the Coalition's commitments on health in rural and remote areas are muddied by the existence of a separate policy document from the Nationals - even though the National Party is badged along with the Liberal Party on the health policy document mentioned above.

The National Party's document has not been specifically released as an election document, and many of its contents are not mentioned in the Coalition's joint paper. So the content of the Nationals' paper cannot be seen as seeking a mandate or providing a commitment. This being the case, National Party Members and Senators will not be bound to support rural and remote people on specific health topics.

Country people would welcome the conversion of at least some of the National Party's 'good ideas' into Coalition electoral commitments.