Looking in on oral health 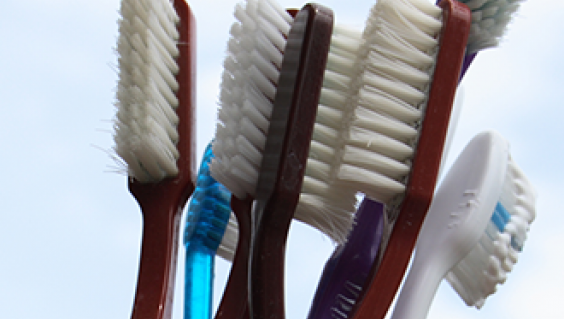 Looking in on oral health

The NRHA was invited to attend the first meeting to prepare a new National Oral Health Plan for the period beginning 2014. Given the importance of the oral health challenge in rural and remote areas, it obviously accepted.

Looking in on the oral health sector as a generalist rural advocate is interesting work. Some in the sector clearly have something of a complex about their status relative to medicine. Much angst was expressed about the inability of dental surgery to compete for general anaesthesia time with medical procedures. These frustrations and perceptions of status are also among the things that drive the call for a Chief Dental Officer in the Commonwealth public service.

The workshop was attended by some of those involved in development of a National Oral Health Promotion Plan, which provided a good balance with those concerned with clinical care, workforce issues and such things as tele-dentistry.

Some at the workshop believed that the new Oral Health Plan should be aspirational and visionary, while others argued that the work should begin now to lock in the dollars so that the Plan can be implemented. (In the rural health sector we certainly have had no shortage of visionary strategic documents and the Alliance is among those constantly seeking a fair go in terms of the distribution of actual resources.)

Much has been made for a long time now about the good sense of integrating oral health and health care with general health and health care. The impact of one upon the other is undeniable. But for as long as the teeth and gums are subject to an entirely separate funding system from the rest of the body, not to mention a separate group of professionals, true integration is going to be hard.

There is however a strong understanding of how aged care and disability issues interact with oral health. The point was made that a significant part of the burden of oral health disease in the immediate future will be among baby boomers who, for much of their lives, have been able to afford dental care. As they become more constrained in their expenditure patterns, they too (like people on low income now) will become affected by affordability issues.

Some great things are happening in the TAFE sector with people trained in aged care nursing, for example, being encouraged and enabled to acquire some of the more basic skills relating to oral health care.

To this outsider it seems that the key issues are four. First is the amount of oral care demanded by the Australian population (far more than is currently provided for and likely to increase). The second issue is the way in which that care is divided between members of the oral health team. Third, how the system is funded. And fourth, a range of issues relating to quality standards in training and practice.

Currently, less than 20 per cent of the dental workforce – those in the public sector – have responsibility for 50 per cent of the oral health care demanded. And, not for the first time, anecdotes were heard at the workshop about how the public dental sector, which used to be staffed by highly motivated and high quality dentists, has been run down by a lack of autonomy for the clinicians and regulation imposed on them by governments.

The sector seems to have a clear understanding that the care demanded can be shared around in a better fashion among the available professionals: dentists, oral hygienists, oral therapists and prosthetists. Unfortunately, in the words of one of those at the workshop, „people‟ (professional groups) are still only at the stage of “talking the talk”.

Until everybody “walks the walk” together, people in rural and remote areas will be among those who miss out the most. The term „scope of practice‟ seems all too often to be used as a reason not to further develop the care team through innovation, teamwork and generalism.