Knowledge to change the world 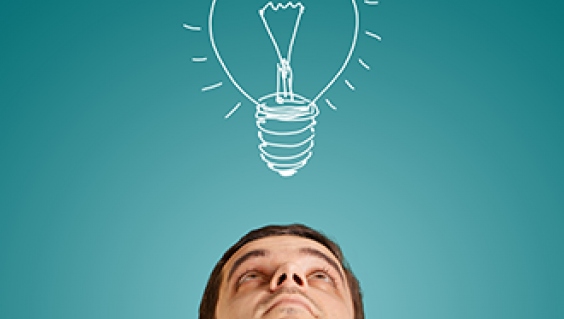 Andrew Phillips, NRHA policy adviser on statistics, has a passion for climate change and sustainable communities, but the recent release of the 2010 Global Burden of Disease study also got his animated attention. Here’s why Andrew is excited.

Very occasionally in history, important things happen. The release of the latest, greatest and best ever Global Burden of Disease (GBD 2010) Study may have been one such occasion.

This Global Burden of Disease Study (and its very impressive and accessible online tools) is a truly impressive, massive, collaborative accomplishment; and it provides access to extremely powerful data for (without exaggeration) all of humanity1.

Simply put, ‘burden of disease’ attempts to express death and disability in a single metric— the DALY (the Disability Adjusted Life Year). DALYs are the sum of YLLs (years of life lost) and YLDs (years lost due to disability). The use of DALYs has become quite mainstream over the past decade and a half, and is perhaps one of the main reasons why mental health issues have recently received some much deserved attention in Australia.

DALYs do at least two things: they give more weight to early death compared with late death; and they give weight to important health issues which may not contribute greatly to mortality statistics, for example mental health, iron anaemia and lower back pain.

GBD 2010 was a collaborative effort among 488 researchers from 303 institutions in 50 countries, coordinated by the Institute for Health Metrics and Evaluation (Seattle) and involving a consortium of other institutions including Harvard University, Imperial College London, Johns Hopkins University, University of Queensland, University of Tokyo and the World Health Organization.

GBD 2010 has conducted its own validation studies in four countries, accesses about 22,000 health data sets, reports on health in 187 countries, for 290 health conditions, 67 health risk factors, and 20 age groups (and both genders) from 1990 to 2010. (It is understood that the dataset summarising the data contains over a billion records.)

The study compares and ranks health and risk factors for all 187 countries and 21 gross geographic regions.

The graphics accessible on-line put me in mind of the animated data presentations of Hans Rosling – I was already impressed. But the data and information possibilities of GBD 2010 are in fact several orders of magnitude greater: we should be very, very, very impressed.

Jane Halton, Secretary of the Department of Health and Ageing, sees the importance and capacity of the work and announced a grant to the Australian Institute of Health and Welfare to replicate this work in Australia for selected sub-populations. Specific reference was made at the Melbourne meeting to Aboriginal people and Torres Start Islanders, to Socio-Economic Indexes for Areas (SEIFA) quintiles and – can this be possible? – to people in rural and remote areas. All my electrons were by now excited to a higher orbit: the NRHA has been advocating an increase in the AIHW’s capacity to do its specific rural work for several years!

The potential value of such evidence as GBD2020-type work would produce was made clear when it was suggested that DALYs could be calculated for individual Local Health or Hospital Networks and Medicare Locals. (I do believe that some DALYs for small areas may be possible.)

China, UK, Indonesia and the US are also recently engaged in repeating this work for their sub-regions.

Already the GBD 2010 work provides some high-level observations about Australians:

Such findings should empower us to address food issues such as sugar, fat and salt; to focus again on the prevention of the accidents and injuries that befall younger males; and to continue efforts relating to smoking and physical activity.

There are also opportunities to constructively identify countries which are doing well in certain health areas: what they are doing better than us and what can we learn from them.

One of the Alliance’s ultimate goals is to reduce the burden of disease experienced by people in rural and remote Australia. To do this there are politics, vested interests and system inertia to overcome. Such barriers could be better cleared when, say, the Board of a Medicare Local, a Health Minister and the media have unequivocal evidence at their fingertips. In that circumstance none of them would be able to ignore the upstream determinants of poor health, nor the importance of illness prevention and primary care.

Such evidence as this is now within reach of us all. The online tools for visualising these data and making comparisons are available and understandable to all, including health professionals, the general public, school students, and politicians and journalists.

Let’s arm the populace with knowledge. This study does that powerfully and well. Check www.healthmetricsandevaluation.org/gbd/visualizations/country

Then play with it. But make sure you are sitting down.