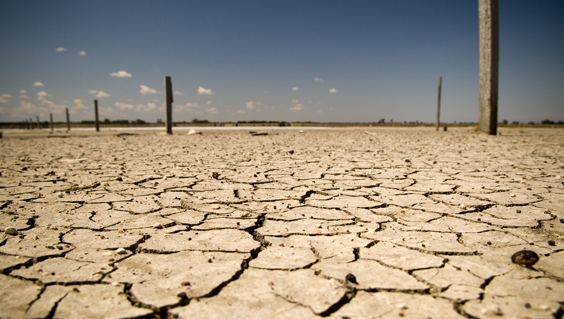 Changes associated with global warming such as extreme weather events (including floods, storms, droughts and heatwaves), variances in the range and prevalence of infectious diseases, and threats to food and water security have direct and significant health impacts.

These health impacts, already being tracked through the Lancet Countdown, disproportionately affect vulnerable populations, thus cementing their disadvantage.  The World Health Organization (WHO) estimate that between 2030 and 2050, climate change will cause an additional 250,000 deaths per year, predominantly from malnutrition, malaria, diarrhoea and heat stress.

Globally, populations recognised as having a lower adaptive capacity, and thus a greater vulnerability, to the health impacts of climate change include those that are isolated, have a poor socio-economic position, pre-existing health conditions and limited access to appropriate health services.

Individually and collectively all these factors are represented to a greater extent in rural and remote Australia than in metropolitan areas and will be amplified in the face of climate change. With higher levels of illness and disease risk factors, fewer educational and employment opportunities, health care workforce shortages and poorer access to goods and services, rural and remote Australia is facing a perfect storm.

Of special note is the entrenched disadvantage and dramatically poorer health outcomes experienced by Aboriginal and Torres Strait Islander peoples, 65 per cent of whom live outside of Australia’s major cities, which makes them acutely vulnerable to the health-related impacts of climate change.

The threat posed by climate change to rural livelihoods should also not be underestimated, nor should the social and mental health impacts borne from these stresses. Farming remains the biggest industry in rural Australia and will necessarily experience disruption in the face of increased temperatures, changing precipitation patterns and increases to the range, frequency and intensity of drought and drought-related events. One need only consider the social and mental health stresses suffered by rural communities during the prolonged drought of 2001-2007 to appreciate the extent to which changes to weather patterns impact on human health and wellbeing.

It need not be all doom and gloom, however.

In the same way that environmentally destructive practices have negative human health consequences, environmental remediation activities, including climate change mitigation and adaptation activities, can have significant health co-benefits. An oft-cited example is the anticipated decrease in mortality and morbidity associated with cardiorespiratory disease as a result of reductions in the use of fossil fuels for the generation of electricity.

Similarly, support is growing within the global health sector for viewing the 2030 timeline provided by the Paris Agreement and the Sustainable Development Goals as a chance to reframe climate threat as an ‘opportunity’ for human health.

This view is also supported by the Climate and Health Alliance (CAHA), whose recently released Framework for a National Strategy on Climate, Health and Wellbeing for Australia encourages the Federal Government to take a leadership role in adopting strategies that both reduce greenhouse gas emissions and the social and economic burden of ill-health in the Australian population.

Increasing the resilience of rural and remote populations to the health-related impacts of climate change will demand concerted action in the areas of health promotion, capacity building, disaster and emergency preparedness, and creating a health care sector that can withstand both intermittent and sustained disruption.

On the ground, such investments could be the impetus for affordable, acceptable and appropriate access to healthcare services for people living in rural and remote Australia – an outcome that the National Rural Health Alliance has lobbied for since its inception in 1991.

The pursuit of activities that simultaneously build climate resilience, foster health sector sustainability and improve human health and wellbeing stand to achieve so much more than a simple ‘win-win’.

A climate-resilient population and health care sector is a win for Australia’s commitment to universal health coverage and the right to health; a win for Australia’s obligations to targets set through the 2030 Sustainable Development Agenda and the Paris Agreement; a win for the environment and the sustainability of our planet; a win for economic prosperity through the green economy; and a win for the health, wellbeing and climate resilience of all Australians, including the seven million individuals who live in rural and remote Australia.

This opinion piece was first published on 31 October, 2017 at John Menadue – Pearls and Irritations.