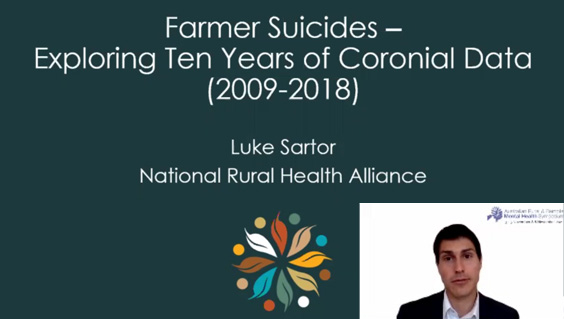 One farmer commits suicide every 10 days, according to an Australian-first study of farmer suicide rates based on 10 years of national coronial data.

The study found that between 2009 and 2018, there were 370 farmer suicides reported. Farmers with certain demographic characteristics had higher suicide rates, including males, those who have separated from their spouse, and middle-aged farmers.

Recent research into Australian farmer suicides using coronial data had only been undertaken at a state level, comparing Queensland with New South Wales. National-level reporting has been done previously, but only 20 to 30 years ago. This study updates the available research on this issue and shines a spotlight on the higher suicide risk posed to the farming population.