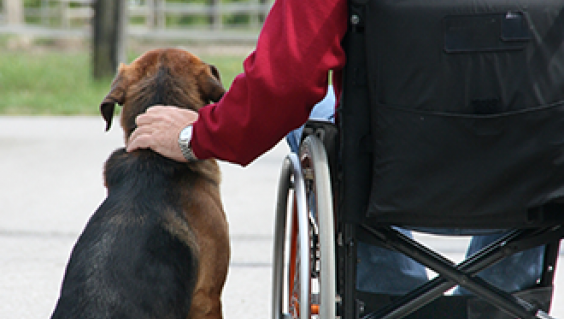 Judging by the feeling in the room, the 50 people who attended this week's Roundtable on the rural and remote challenges facing DisabilityCare Australia (formerly NDIS) will welcome the decision to secure the scheme through an addition to the Medicare levy. Although the levy will cover only part of the costs of the scheme once it is mature and universal, at a dollar a day for the average Australian it is a terrific buy.

And let's not forget that the levy is progressive: the less you earn, the less you will pay. No virtue seems to be being made of this, despite the fact that such progressive measures are one of the hallmarks of equity and fairness.

There is generalised support for the new disability scheme but not, as yet, generalised understanding of precisely how it will work. One of the main findings from the Roundtable in Parliament House was that the information and communication challenges relating to DisabilityCare Australia (DcA) are yet to be comprehensively met. In many areas - and not only in the more remote ones - even people closely involved with disability, whether as clients, carers or clinicians, know little about what is intended and how it will impact on their own circumstances.

The Roundtable on Monday 29 April in Canberra was organised by the National Rural Health Alliance in conjunction with the National Disability and Carer Alliance. It was funded by the Department of Families, Housing, Community Services and Indigenous Affairs (FaHCSIA).

Its purpose was to make a contribution towards the planning and evolution of DisabilityCare Australia in such a way as will make it „fit for purpose‟ in rural and remote areas. The underlying premise for the scheme held by those in attendance is that, when it is mature and complete (which will take a decade or more), it will provide equally for people wherever they live.

Among the people at the meeting, who were from many parts of rural and remote Australia, there was no doubting the ambitious nature of this premise. DisabilityCare must do better than Medicare which, despite its badging, does not provide universal or universally equitable access to healthcare due to the poor distribution of GPs.

As the Alliance has frequently pointed out, there is a Medicare deficit in rural and remote areas of around $1 billion a year. This is a measure of the extent to which people in more isolated areas access services funded through Medicare at a rate lower than those in the major cities.
The relationship between the health sector and the disability sector was one of the central points of discussion at the Roundtable. The two sectors are less separate and less discreet in rural and remote areas than in major conurbations, with it being frequently the case that, in rural areas, it is the same clinicians, therapists and carers who care for people who are elderly or sick or living with a disability.

Several of those with lived experience of a disability attested to the high-quality treatment provided by GPs, medical specialists and emergency services in the acute phase of their condition – a phase which is necessarily „medicalised‟.

It is when the client or patient moves from the acute health system to rehabilitation and disability care that the real service deficits in rural and remote areas became so telling. This situation is of course due to the shortage of infrastructure, relevant health professionals and local support services in rural and remote areas: precisely the same challenges as experienced by people seeking health and aged care in those areas.

Those at the Roundtable also agreed on a number of other matters. The whole situation is extraordinarily complex, particularly in rural and remote areas where, as described above, health, aged care and disability issues are so intertwined.

It surprised some people to hear that the services which are missing and which can do so much for a family caring for someone with a disability are not only - sometimes not mainly - the services provided by health professionals. Rather, they are the care provided by nonprofessional workers: the respite care of the appropriate type and at the appropriate time; the help with transport or meals; the assistance with painting or rubbish removal. (Hopefully Medicare Locals will hear these views and be provided with the wherewithal to help in such areas - demonstrating that they can and will be true primary health care organisations.)
A concern was expressed by some of those at the Roundtable that in the transition to DisabilityCare Australia, care should be taken that the good systems already in place are not lost altogether. The Australian community has been assured that DcA will bring a new paradigm, with the individual client being in control of their own assessment, and with that assessment leading to the allocation of resources appropriate to their individual circumstances. Nevertheless, existing arrangements that are effective must be preserved during the transition and existing providers must be able to prosper while ever their services meet the self-defined needs of clients.
On a related issue, it would be a tragedy if States were to run down their disability services or workforces in anticipation of DcA.

“Nothing about me without me” was confirmed as the approach to clients that should be adopted by managers, service providers and clinicians alike.
The Roundtable was addressed by Amanda Rishworth, Parliamentary Secretary for Disabilities and Carers, who, among other things, confirmed that DcA will recognise the differences in providing disability services for people in rural and remote areas, and that the funding arrangements will accommodate these.

There remain a large number of unanswered questions. But rural and remote people concerned with disability, either directly or on the grounds of principle, will be gratified that the government and the new agency are vitally interested in the answers to those questions. Equipped with those answers, governments and the agency stand ready to attempt the challenging task of making DisabilityCare Australia an exemplary body where rural and remote access and equity are concerned.