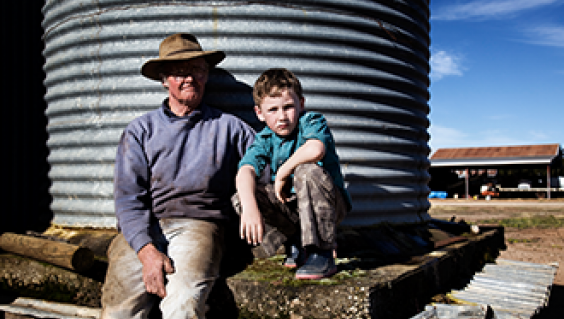 It is well known that health outcomes deteriorate with remoteness (or rurality). Health outcomes are also strongly influenced by a range of social determinants, and therefore by the Socio-Economic Indexes for Areas (SEIFA). The Alliance is working with other bodies to explore the inter-relationship between remoteness and SEIFA. In its latest reports, for example, the COAG Health Reform Council published some preliminary data on rates of smoking and drinking at dangerous levels by rurality and by SEIFA quintiles.

Is it true, as some are beginning to assert, that health status is determined by SEIFA and not by rurality? (Bear in mind that SEIFA currently includes no measure of remoteness.) That what matters to health status are things like educational status and income, not location? Or is rurality a causative factor that impacts on health through socioeconomic status as a mediating factor?

To answer these questions one needs to understand the relationship between rurality and the variables used to define SEIFA (income, educational attainment, work skills, housing costs, etc). Is low income a characteristic of more remote areas but caused by factors other than location; or is there something about living in more remote areas that tends to cause lower income?

By clarifying the aetiology or dynamics of 'low income', the answers to questions such as this will help in developing and applying appropriate policy responses. Given the impact of rural location on things such as job types, pay rates, economic risk and rates of self-employment, intuition suggests it is too early to discount rurality as a cause of health differentials.