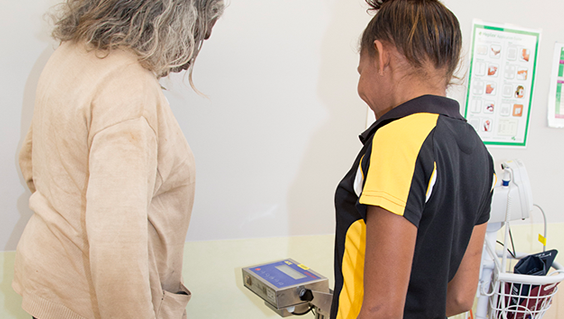 A new study released by the Australian National University and the National Aboriginal and Torres Strait Health Workers Association has shown the Indigenous health workforce is not growing in line with population growth.

The study found that Census data analysed over 10 years showed that while there was an increase of 338 Indigenous health workers nationally, there has been a 13 per cent decline in the percentage of workers aged between 15 and 44 over that period.

The joint ANU/NATSIHWA study said the decline among younger workers was disappointing as there is growing evidence that the inclusion of Aboriginal and Torres Strait Islander health workers helps facilitate culturally appropriate health care.

NATSIHWA CEO, Karl Briscoe, said the study found there was an increase in health workers in Queensland and New South Wales, but a significant decrease in NT workers.

“Aboriginal and Torres Strait Islander health workers are the conduit between the community and health services – their role is unique,” Mr Briscoe said.

“There is nothing else like being an Aboriginal and Torres Strait Islander Health Worker. It is the world’s first ethnic based health profession that has a national training curriculum as well as national Regulation sitting behind it.

The ANU/Natsihwa study analysed data from the Australian Bureau of Statistics’ Census in 2006, 2011 and 2016 to determine the workforce levels.

The findings will be published in Australian New Zealand Journal of Public Health on 29 January.