Better access to GPs and primary care: who do you trust? 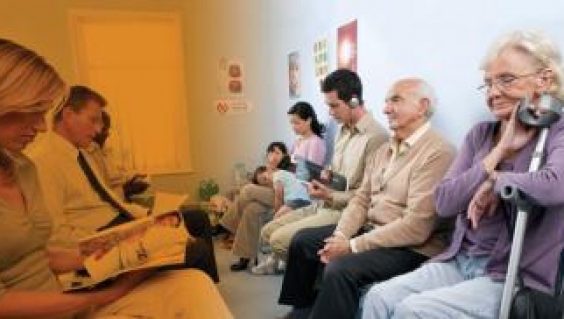 The Grattan Institute has released a report on proposals relating to GP shortages in rural Australia. Entitled Access all areas, the report proposes ways in which health care teams can be built in areas of greatest shortage of GPs, while keeping GPs at the centre of the primary care system. The report is informed by practice experience and research from overseas.

The report has had a mixed reception, being dismissed as narrow and superficial by some, but enthusiastically endorsed by others.

One of its central tenets is that health workforce policies should deal first with areas of greatest need. This is both fair and important. While most rural and remote areas miss out on aspects of health and health services, there is generally a gradient of need, increasing from inner regional through remote to very remote areas. Readers with a long memory will recall that the first goal of Healthy Horizons was to improve the highest priorities first.

The Grattan Institute report focuses on the seven Medicare Local areas with the most severe GP shortages: the bottom 20 per cent in the nation in terms of the amount of GP service provided per head of population (not the number of GPs or GP hours). They are the Kimberley-Pilbara area in Western Australia (the worst) and then the whole of the Northern Territory, Central and North West Queensland, Goldfields-Midwest in WA, New England in northern New South Wales, southern New South Wales and the seventh most needy: the south-west of Western Australia.

More than 1.1 million people live in these seven areas. They have half the number of GP services per person experienced by people in the areas with highest rates of GPs and they pay out-of-pocket costs more than twice as often.

It should be noted that Perth and the ACT are also deprived when it comes to access to GPs and to bulk billing. However Access all areas notes the growing number of graduates from medical schools in those two cities.

Another welcome aspect of Access all areas is that, while expressing support for other measures, it proposes partial new solutions that are modest enough to be considered manageable as new policy proposals for a new government wanting to make its mark. It acknowledges the need for continued expansion of the role of nurses, Aboriginal Health Workers, allied health professionals and paramedics, and the potential role of telehealth especially when available to all members of the healthcare team, but highlights the failures of some of the current programs targeting a larger general practice workforce for rural and remote areas.

It points out that unless long-term effective measures are implemented in support of supply to rural and remote areas, continuing increases in the numbers of medical graduates and a reliance on overseas trained GPs who are required to remain in rural areas for only a limited period will result in a further costly oversupply of doctors in well-served city areas.

Third, the proposals in Access all areas are carefully costed and suggest taking a step-wise approach, not heroic and costly changes that would attempt to equalise at one fell swoop GP access between the worst-served and best-served places. The modest proposals would bring access in the seven areas up to the level of the next 20 per cent in five years at an estimated cost of $30m a year.

The report suggests that 5 per cent of current GP visits - those that are less complex - in the lowest access rural areas should be handled by pharmacists. This proposal is supported by pharmacy interests but some of the principles and details are contested by medical organisations.

It acknowledges there are problems to be resolved before Physician Assistants (PAs) become a significant part of the primary care workforce, but asserts that they will be able to make a contribution in rural areas particularly because they can be supervised remotely, allowing them to reach areas where there are few or no doctors. Concerns have been expressed that there are simply not enough doctors with excess capacity in rural areas to manage and supervise PAs. The report’s proposals would see the appointment of one hundred PAs in the seven target regions.

The report argues that registration of PAs would be best done through the Australian Health Practitioner Regulation Agency under the direction of the Medical Board of Australia. Other regulation would be needed for prescribing and the accreditation of training programs.

Both an extended scope of private pharmacy practice and enlisting PAs require a significant population base, with salaried pharmacists the only option in more remote areas. It is argued by some that in Australia, where we have highly-trained and highly-skilled nurses and paramedics, their scopes of practice and roles need to be maximised before we build a PA workforce.

The proposals in the Grattan Institute's Access all Areas report deserve to be seriously considered by governments, consumers and professional associations alike. It proposes new responses which may be practicable for those many parts of rural and remote areas which have some access to doctors and pharmacists but not enough. The report's suggestions could be a partial answer in rural and regional areas to a complex issue.

Remote areas pose a tougher challenge. The solutions in areas that are seriously removed from the services of GPs and pharmacists are likely to be different again.