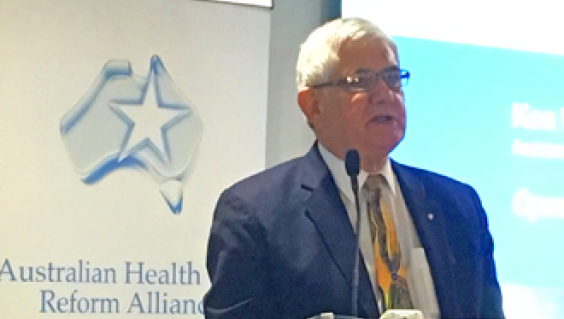 The day before the Prime Minister made his Closing the Gap report to Parliament, the Australian Health Care Reform Alliance (AHCRA) held a policy workshop to discuss Aboriginal and Torres Strait Islander health and mental health. The main issues discussed during the day included the following:

Against this poor performance in Closing the Gap, cuts of $200 million have been made to the health flexible funds, further impacting the availability of health services in rural and remote communities.

There is an urgent need to re-establish the Framework for Indigenous Mental Health, which ran out in 2007 and has not been revised.  At present, one in three deaths in Aboriginal and Torres Strait Islander people aged 13-35 is due to suicide.  However, the Ministerial Advisory Group on Aboriginal Suicide Prevention was disbanded in 2015 and funding of $85 million for Indigenous suicide prevention is now going to Primary Health Networks, not Aboriginal health providers.  This pattern is common, with 80 percent of funding for Indigenous health going to non-Indigenous groups.

The conversation regarding mental health reform began with discussion of the need for different business models for both aged care and mental health – with more upstream services, not hospital services.  There is still a tendency to equate healthcare with hospitals; but we need to think more broadly and develop appropriate outcome measures.

A consumer advocate raised the issue that often when people with a diagnosed mental health condition present in ED, they are not checked for physical symptoms but are assumed to be having mental health issues.  There need to be better protocols in ED in such situations to ensure appropriate treatment is offered at the earliest time.

Delegates spoke of the key things needed to improve mental health care and treatment in rural and remote communities:

An underlying theme of the meeting was that in both mental health and Aboriginal and Torres Strait Islander health, there has been so much research, but so little action.  This needs to change.

Recordings of presentations from speakers will be available on the AHCRA website at www.healthreform.org.au