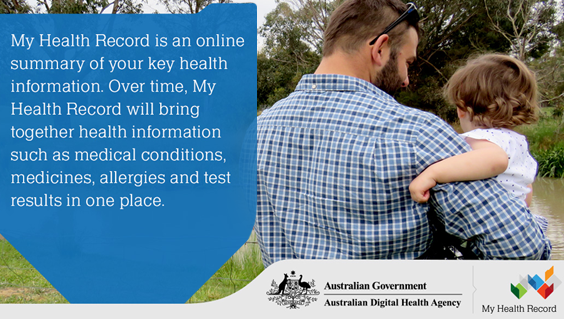 Alliance CEO Mark Diamond says last night’s announcement to amend My Health Record legislation addresses growing concerns about who can access information contained in a person’s online health summary, and under what circumstance.

“Concerns have been voiced in the rural and remote health sector that My Health Record information could be accessed by agencies like the Tax Office and Centrelink without a court order,” Mr Diamond said.

“Even though the Australian Digital Health Agency says that would never happen, and importantly it never has happened, the legislation did not make that clear.”

Mark Diamond said removing the ambiguity is critical for people to trust their health information to the My Health Record system.

“That kind of legislative change means our most sensitive information can’t be accessed by police or government agencies unless they have a court order.”

Mr Hunt pledged to update provisions around cancelling a My Health Record so if a person chooses to cancel their summary it will be permanently deleted from the system, rather than being stored.

The government also said it will work with the health sector to better inform the public about the My Health Record system and its benefits.  That includes extending the opt out period allowing the public more time to consider the system, and the changes announced last night.

“We welcome every effort to secure public trust in My Health Record,” Mr Diamond said. “The government has moved to allay fears about the system, by making it more secure, and easier to leave if people don’t find it to their liking.”

“My Health Record always promised compelling health benefits, especially for people living in rural and remote areas.  Now there are even more reasons to embrace the system,” he said.