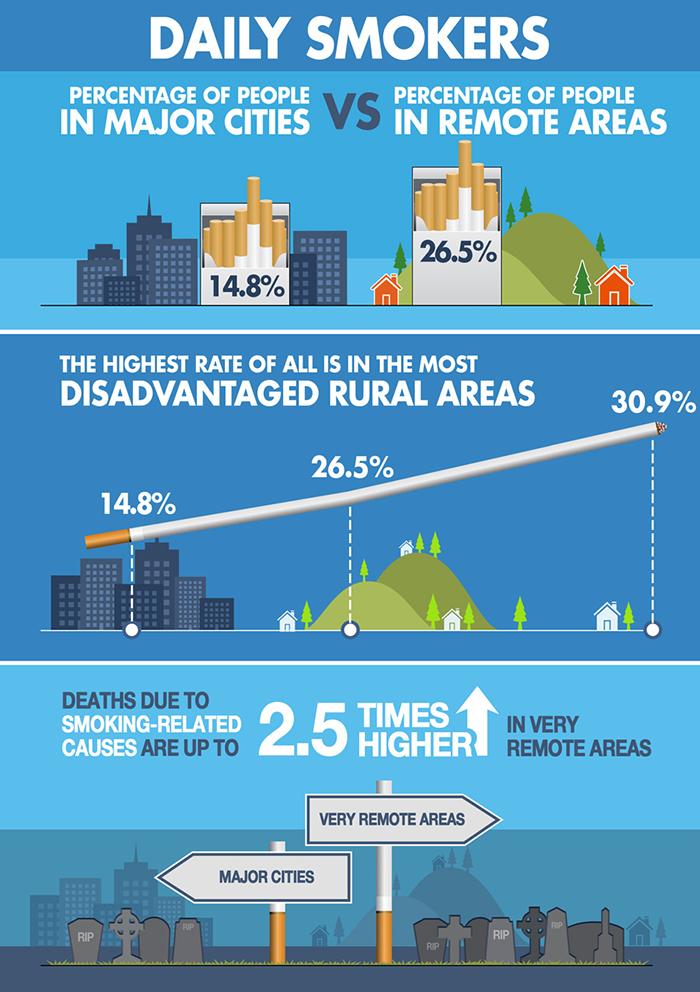 Health promotion strategies have not been as effective with people who live in rural and remote areas and health risk factors remain much worse. As a result, improvements in health status and life expectancy for rural people are not keeping up with those of people in Australia’s major cities.

Rates of smoking provide an important and well-evidenced example. The COAG Reform Council reports that, in 2011-12, whereas 14.8 per cent of people in the Major cities were smokers, the figures were 19.9 per cent and 22.9 per cent for Inner and Outer Regional areas and up to 26 per cent for Remote areas. And, while rates have declined in major cities, urban centric health promotion strategies have failed the people who live in rural and remote areas.

Hi there,
I was wondering if you would happen to have any information on smoking in (specifically)youth in rural areas. Would anyone be able to get me some information? Basically just rates in rural youth compared to urban/how rates have changed recently.
Would be great help, email me (email removed)
Thanks!

Have you looked at our fact

Have you looked at our fact sheet on smoking which, briefly, addresses smoking rates in young people in rural and remote?